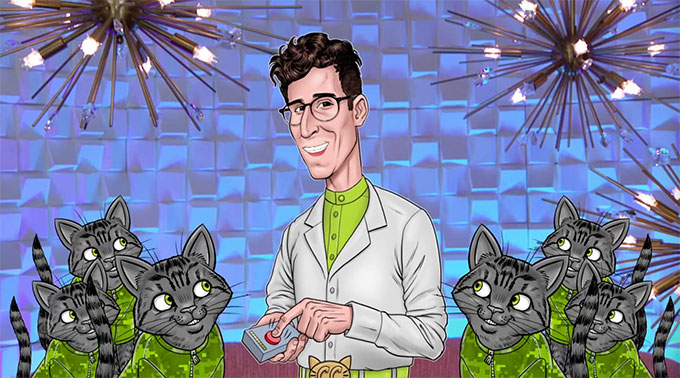 Big Brother 24 found its real superhero in Michael, who took this season’s BB Comics competition and literally ran away with it, breaking the record for single-most veto wins in a season.

Wednesday night’s episode picks up right after Michael nominated Terrance and Alyssa. Michael lets us know that he knows the Dyre Fest folks were planning on backdooring him last week, and since he made Turner a promise, this is where he landed. He also lets us know that Terrance is his target.
Turner is still a little worried about the veto though. And Brittany lets us know that Turner should be worried, because Turner really is the biggest threat against Michael and herself.

Michael meets with Alyssa, and lets her know that he absolutely does not want her to go home this week. He says that she knows she’s the closest to Terrance in the house, and he just couldn’t risk her taking Terrance down with the veto. Alyssa lets Michael know that she trusts him and she still wants to work with him moving forward.

Turner is still stressing a bit because Terrance isn’t happy and there’s a chance he could let Michael know that Turner was planning on backdooring him last week. Turner says he will just have to throw Terrance under the bus first.

Terrance then meets with Michael, and he doesn’t quite throw Turner under the bus but he also doesn’t defend him or deny there was a backdoor plan. Instead, Terrance decides to let Michael know that he’s over everything, and if he goes off to jury, he can make sure Michael doesn’t win. Basically, he threatens Michael to taint the jury. And that’s not doing Terrance any favors.

After Michael heads downstairs from is meeting with Terrance, he embellishes his retelling to Turner, by saying Terrance really did try to pin the backdoor plan on Turner. But Turner deflects and says that Terrance was the one who was pushing for Michael to be backdoored. Michael isn’t believing that though, and says Turner is lucky Michael made him that promise for this week or he’d be going up on the block for sure.

It’s time to pick players for the veto competition, and this week only one person won’t be playing. And much to Turner’s dismay, it’s him. Terrance had houseguest’s choice and picked Taylor. Turner was shocked and once again Terrance isn’t doing himself any favors this week. Terrance now wonders if Terrance is trying to get Turner backdoored.

But before anyone can be backdoored or not, they have to play the veto competition. So let’s get to it. This week, it’s BB Comics. And as we all know, that’s a timed competition. The person who finishes in the fastest time wins the Power of Veto.

Michael wins the Power of Veto! And he also breaks the record of single-most veto wins in a season.

Brittany is still concerned about Turner and hopes she can convince Michael to backdoor him. But then she decides before that she will try to make a Final 2 deal with Turner. Wait, what? Not sure what changed in her mind, but that was all a waste of time on her part, and probably a really bad move for her game, especially since Turner takes that information directly to Michael.

But Turner did let Brittany know that Monte might want to take a shot at Michael. So now she can take that to Michael, hoping that he could at least take a shot at Monte this week if not Turner.

Michael knows that everyone is going to come after him, and that he’s going to have to win competitions to survive. So changing things up this week won’t help him any. He reminds us that Terrance going is best for his game this week. 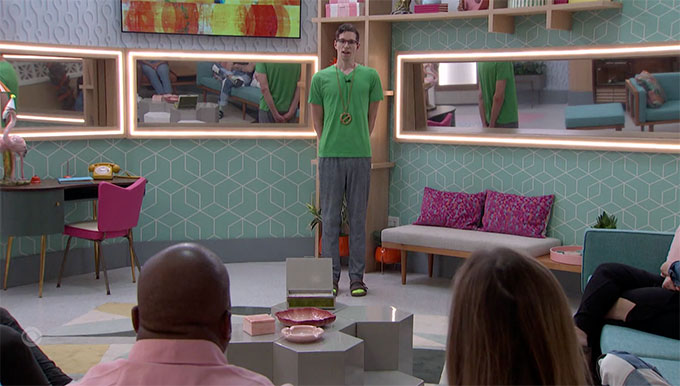 So at the veto meeting, Michael does not use the Power of Veto. Terrance and Alyssa remain on the block.