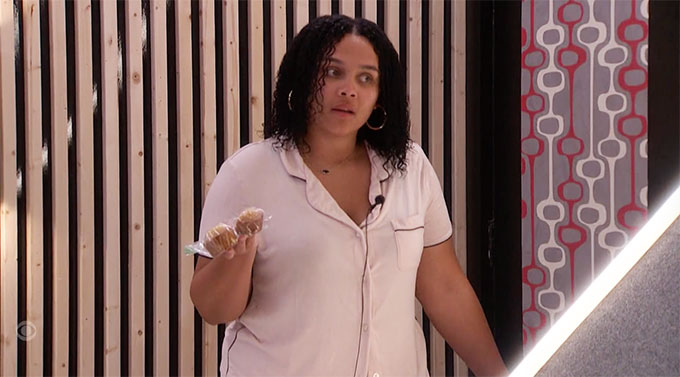 It’s not often that the B plot of Big Brother is the most entertaining part of an episode, but that’s where we are this week, folks.

Sure there’s a new Head of Household, and sure Daniel and Monte had a good old-fashioned BB argument, but it was The Great Muffin Mystery (aka #Muffingate) that stole the show Sunday night. But before we get to that, let’s start at the top.

Sunday night’s episode picks up right after Nicole’s eviction. Taylor explains that she joined Indy and Alyssa as Festie Besties to help protect The Leftover. If she’s nominated with those two, one of them can go over her. Indy, however, isn’t happy with any of these developments.

Daniel is also reeling from Nicole’s eviction. He reminds us she was his Final 2 and now he is a lone wolf in the game. Daniel for some reason picks Alyssa yo confront. He asks why she didn’t give Nicole a vote and tells her that she needs to play the game for herself. Alyssa lets us know that Daniel is an emotional player and she’s not going to be on the wrong side of the vote just to make him happy.

Daniel continues his hissy fit after he leaves the room with Alyssa. He tells Monte that him or Michael are going to win this game. Daniel keeps going on and on, putting a bigger target on his back. Then he starts an argument with Monte, who reminds Daniel that he asked him not to use the veto (that’s true, he did) … so Nicole going home is all Daniel’s fault, really. Meanwhile, Taylor is sitting idly by, eating her Lays potato chips.

And then it’s time for the Head of Household competition. And this one is pivotal for Daniel. This is a balance and speed competition. The person who navigates a set of balance beams the fastest comes the new HOH. 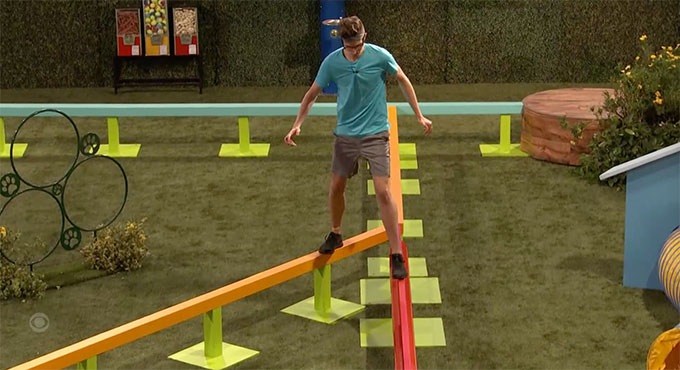 Joseph steps up next. He lets us know that he’s going to throw it and times out. Jasmine is up next. She times out before she even starts – we get cricket sound effects and all.

Alyssa is up next. She times out. You know what, I’m not going through all of this. They all time out. No one can beat Michael and he is the new Head of Household.

Michael lets Brittany know right away that his first thought is to backdoor Daniel. But is that best for Michael’s personal game, he wonders. Taylor comes in and he lets her know that Daniel is the backdoor plan, and she’s not an option for a pawn.

Joseph and Monte know that they have to go up as pawns so that one of them ca win veto to make sure they can backdoor Daniel. And it could also help hide the fact that they’re working together. The only thing is, if Daniel plays and wins veto, and nominees stay the same, they would have to make sure Terrance goes home. 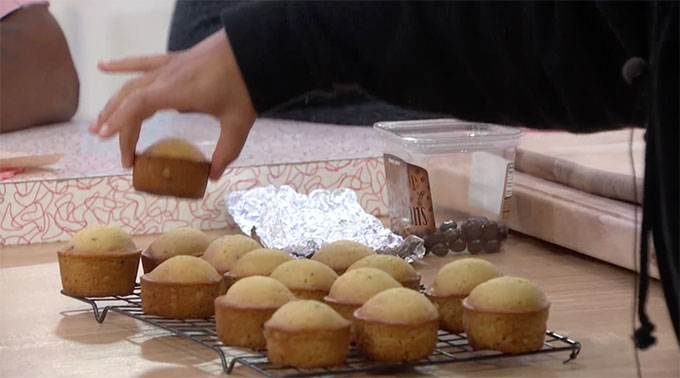 Now it’s time for THE REAL drama. Jasmine lets us know that there’s nothing quite like some sweets. So she puts two muffins in a bag to save for later since she was a have-not when they were made. And then a little later she discovers that someone ate half her muffin. So she goes on a hunt to find out who ate half. No one owns up to it to Jasmine. And she gets legitimately upset about it. She even goes to the Diary Room to ask them if they can replay the footage. They tell her they cannot.

And then Turner, who already expressed his annoyance with Jasmine earlier over her foot injury. confesses to Taylor that he ate Jasmine’s muffin. Turner has really come into his own the past couple weeks and has proven to be one of the more entertaining houseguests.

After the muffin drama dies down a little,  it’s time for a Leftovers meeting. Everyone congratulates Michael, and they all immediately agree that Daniel needs to go this week. And none of them want Taylor to go up. Turner volunteers himself because if something goes wrong and Jasmine goes home, he will be more than happy. But then Monte volunteers his trio because that would improve their chances of winning the veto, and it also can make it look like they aren’t working together.

Daniel goes in to talk to Michael to make his pitch. He lets Michael know that he could weaponize him to do the dirty work since he has no one. Michael considers what Daniel is saying, and it’s all played up a bit so that producers can give us a possible alternative plan to an easy and obvious week. What they didn’t show us was Kyle pushing for Daniel to be safe so that he wouldn’t have to go in the block with Daniel. He suggested actually breaking up The Leftovers, so most of this edit showing Michael and Brittany coming up with this thought was not accurate. 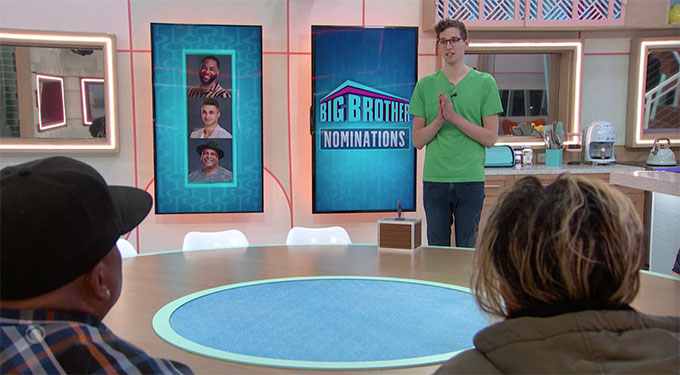 But regardless of what the final plan is, Michael goes ahead and nominees the trio of Monte, Joseph and Terrance for eviction.