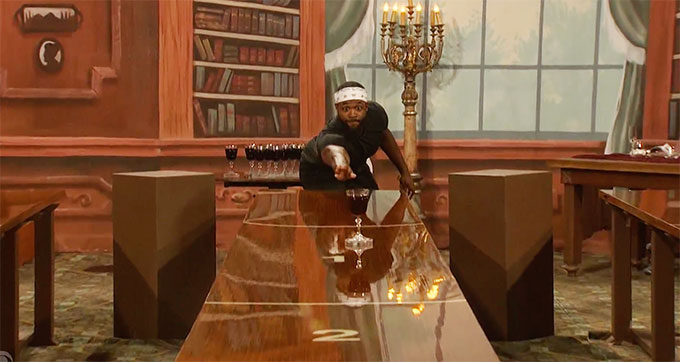 With the Big Brother 24 house split and power back up for grabs, this week had two paths the game could take. The Leftovers could continue their stride, or the other side could get some revenge after that Ameerah blindside.

Sunday night’s episode picks up in the middle of that pre-HOH competition as the players were searching for the red invitations that will put them in the actual competition. Only eight houseguests will compete.

Jasmine, Brittany and Terrance have invitations at this point. Then they are joined by

But first let’s back to to moments after eviction. Nicole is freaking out. Alyssa is devastated, and The Leftovers have to start their coverup plans. Michael is cornered in the bathroom and owns up to his vote. Alyssa, Nicole and Jasmine thank him for his honesty.

Back to the HOH qualifier… Monte finds his invitation as does Daniel. They are joined by Joseph. Two spots remain. And those go to Nicole and Alyssa.

So that means three of the eight are Leftovers (Brittany, Monte and Jospeh). The odds for them to maintain power this week aren’t good.

Now let’s get to the actual competition. For this competition, the eight players have to slide goblets down three ables to determine their scores. It’s a typical BB crapshoot game with the “Invitation” movie theme. 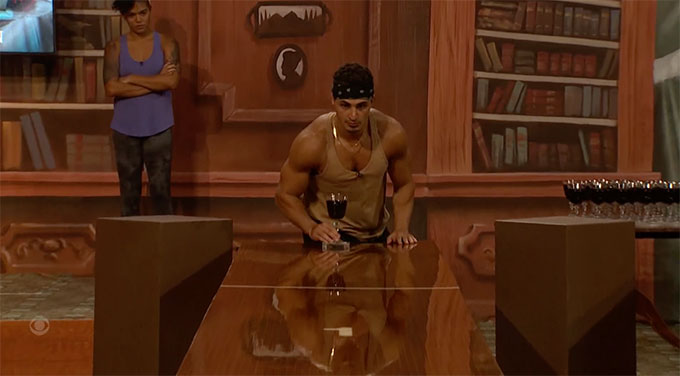 That means Monte is the new Head of Household! That also means that Joseph and Terrance are safety as Monte’s Festive Besties.

And white the Leftovers are all celebrating on the inside, Nicole lets us know that she’s disappointed and has no idea where her game is going. She says she feels on the outs right now and it’s a “super crappy feeling.”

Daniel is also feeling out of the loop, so they want to get to the bottom of the vote flip. Alyssa and Indy are also pretty confused. Alyssa is particularly upset with Kyle for not letting her know anything about a vote flip.

And of course Jasmine’s only focus is on Taylor and how Taylor knew about the vote but she didn’t. For some reason some people in the house are still obsessed with Taylor.

The Leftovers meet up to discuss the plan this week. They all seem to agree that this week the focus should be on Alyssa, Nicole or Daniel. Taylor said she would love to see Nicole go, and that would be a weight off her shoulders, but she would love to not touch the block for once. But then she suggests she could go up with Nicole after initially nominating Alyssa and Indy. 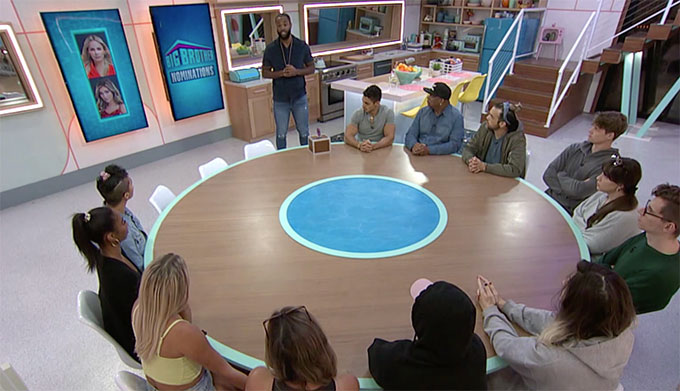 Let’s get to the nomination ceremony and find out. Monte does throw Alyssa and Indy on the block, and if the veto competition and ceremony works out a certain way, the target could be Nicole. That would mean Taylor would have to go up once again, though. And Monte lets her know that he does not want to just use her as a pawn, and if she doesn’t want to go up again, it won’t happen.

Taylor says she can be strong one more time, but that’s it. So it sounds like Monte has his plan. And at the nomination ceremony, it’s set into motion. Monte nominates Alyssa and Indy for eviction.