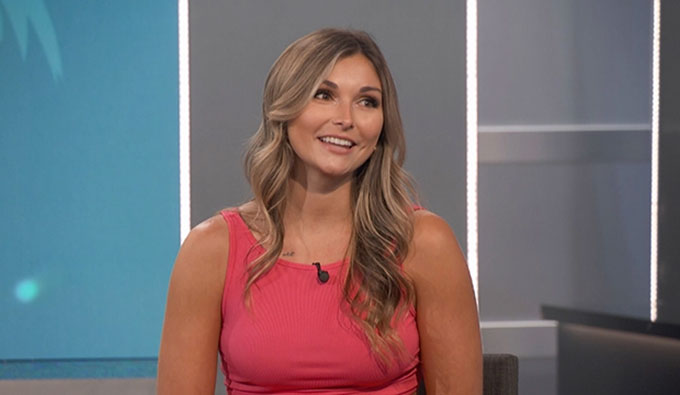 This week it was Alyssa who left the Big Brother 24 house for the jury house, and she has since made her rounds doing exit interviews where she addressed what went down with Turner this week, and how she felt about the issues with Kyle a few weeks ago.

Since Turner’s “betrayal” is the freshest in her mind, that’s where her interview with Entertainment Weekly went first.

“What upsets me more is that [Turner] lied to me about it and he wouldn’t just tell me the truth for being his best friend in the house and always having his back,” Alyssa told EW.” I think I at least deserve to know that he was going to vote me out of his house.”

And it sounds like she will be holding onto the grudge.

“I am hoping to see Turner next because he didn’t have the decency to tell me he was going to vote me out,” she said to EW. I am his closest ally, so honestly he deserves to follow me right in that house.”

EW didn’t seem to ask Alyssa if she would vote for Turner if he makes it to the Final 2, but as of now it sounds like she would be a little too salty to do so. But maybe she’ll change her mind in the next week.

As for Kyle, she says what went down with all that left her heartbroken.

“After I heard about the things Kyle was saying in the house, I was devastated, absolutely heartbroken that I had no idea that this was going on,” Alyssa told EW. “I felt extremely blindsided, and it had a huge factor in why I called things off with him. If I didn’t know his true heart and soul and what was happening in the house, then we didn’t deserve to be together.”

Find out what else Alyssa had to say to Entertainment Weekly in her full interview here.