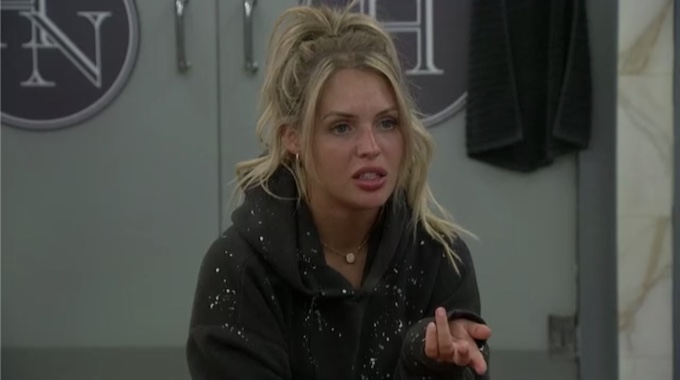 Right now, the members of the Cookout are trying to take the heat off of Hannah, who has been mentioned as a target for this week. However, Whitney is the other nomination choice and since she is in the running for this week’s Wildcard Competition, things could change depending on the results of today’s competition.

If Azah or Claire wins this week’s Wildcard Competition, the plan should stay the same depending on if they turn down the safety or decide to take it. Julie teased during last night’s live eviction show that the offer could give safety and also take it away. If Whitney wins, she will likely take the safety because she knows that her name has been mentioned by some of the houseguests. If she takes the safety, then Christian’s nomination choices will have to change. Christian isn’t holding his one-on-one chats until after the Wildcard Comp takes place so we’ll have more information on that a little later.

Be on the lookout for Wildcard Comp results coming up later today and then Nominations will follow this evening. In the meantime, who do you want to see win this week’s Wildcard Competition?