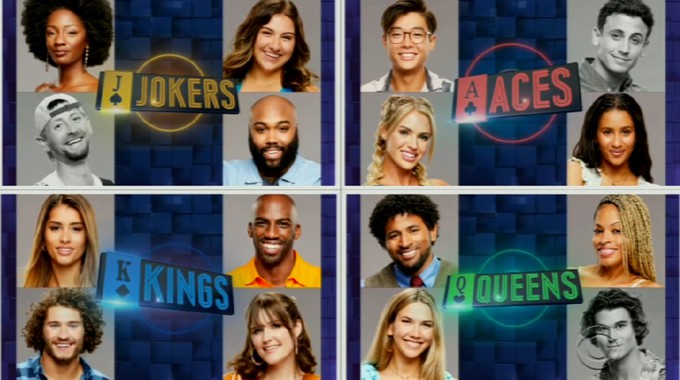 It’s hard to believe are are already in Week 5 of Big Brother 23, and jury is only a week away, presumably. But before we get too deep in to BB23 Week 5, let’s take a look back and the best and worst moments of Week 4.

Sarah Beth speaks her mind. This is going to be a controversial best moment because so many fans are upset with Sarah Beth for this, but in a season of voting with the house and little to no drama, it was nice to see someone actually break off from the group and try to push for something that is good for their game. Granted it didn’t work out for her and now she has a target on her back, at least she wasn’t just blindly following the group.

Claire Takes The Wildcard Offer. It’s always fun to me to watch a Big Brother twist flop, but when you offer someone something as good as two weeks safety that automatically puts you in jury, then that’s too good to pass up. I am so happy Claire took the safety for herself until jury and not her team for just one week. She knew her team would be fine, and I’m glad they didn’t fault her for it either.

Tiffany’s Gameplay. I’ve seen some comments that Tiffany might be playing a bit too far ahead, but I don’t think having a full plan is a bad idea. Of course you have to be prepared to adapt in case what you want to happen doesn’t happen, and she has those backup plans in place. So I don’t think she’s playing too far ahead. I think the way she planned out all of the Cookout members to have a pawn so that pawn could go home if they’re ever on the block together is brilliant. It’s so refreshing to watch such someone likable actually play a good game.

Xavier’s Diary Rooms. I mentioned this last week, but here we are again. I love his DRs. They’re so natural and funny and clearly not as scripted as most of the other people in the house. More X DRs please!

Claire and Xavier Don’t do Shoutouts. I am so happy that Claire and Xavier don’t shoutout their fifth cousin’s chiropractor after the vote. I hate the live show shoutouts so much. You’re literally LIVE on camera 24/7 with all the time in the world to shout people out! Do it there. On the Live Feeds!

The Teams Twist Ends. Thankfully that is over! I would venture to say that’s the least successful team twist of the three. Most of the time it didn’t even feel like teams.

Christian Wins HOH and the Kings are Safe. I was all ready for someone to take a shot at the Kings last week. But we know what happened. At least there’s good potential we’ll see that happen this week.

Christian wins Veto. Ugh. This guy is making it so boring. They need to get him out before he wins his way to the end with his showmance partner in tow.

Kyland Slipping. I am so sad that Kyland is falling lower in the ranks of his alliance because of his relationship with Sarah Beth. It’s good that he has her as his pawn and thus a backup plan, but at the end of the day, she’s really effecting his game.

No Drama. I thought for sure we’d get some drama this week when Whitney was up, but nope. This group is too close. I’m expecting targets to start baking cakes for the HGs voting them out.

Despite no drama, this season is delivering on the gameplay and the characters. At least the people are pretty likable and don’t have me wanting to throw things at my TV. And it says something that I always have more best moments than worst moments this season. It’s usually the opposite.

What were your top and bottom moments of Big Brother 23 Week 4?