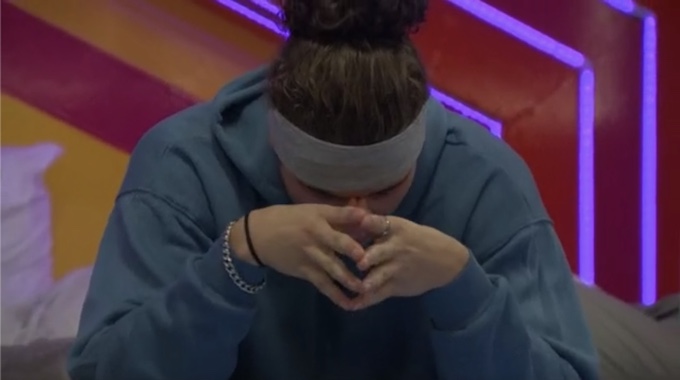 The Wildcard Competition has been played inside the Big Brother house. Now it’s time for Christian to decide what he is going to do about this target this week on Big Brother 2021. There was some back and forth inside the HOH room between the members of the Royal Flush alliance, but it seems like Christian’s plan for this week of Big Brother is still moving forward. Read on to find out what that plan is.

Going into this week, Christian talked about if he won HOH he would put up Hannah and Whitney for eviction. However, getting rid of Hannah is not very good for his game, which means that Whitney would be his target.

After the Wildcard Comp took place, there was a meeting in the HOH room between the members of the Royal Flush. During this meeting, SB expressed her concerns about keeping Hannah in the house and mentioned that if Hannah won HOH next week, she would likely target SB and Alyssa.

The Queens also brought up the idea of targeting Britini this week even though she has been on the block the last two weeks. Tiffany said that Britini would likely target people from both of their teams and she would be a good option to get out also.

After the Queens left the HOH room, Christian said that he wasn’t going to target Britini because it didn’t make sense for him to do that. He thinks that if he doesn’t target a Joker this week, that will allow him to build some trust with them later.

As of right now, the plan is for Christian to nominate Hannah and Whitney, but the target for the week still remains up in the air. Who do you think should be the target this week? Be on the lookout for Nomination Ceremony spoilers coming up a little later today!