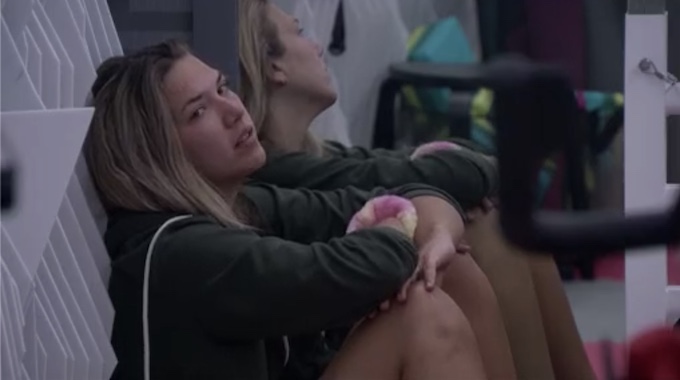 It’s Saturday which means the Power of Veto Competition is set to take place inside the Big Brother 23 house a little later today. We started Week 8 of Big Brother off with Tiffany winning the Head of Household Competition on Thursday. Friday at the Nomination Ceremony, Tiffany nominated Kyland and Sarah Beth for eviction with Xavier as a third nominee because of his punishment from last week’s POV.

Then the High Roller’s Room twist took place and Tiffany was dethroned by Claire who won the Coin of Destiny, but Claire kept Tiffany’s noms the same. Now that we know the other people playing in this week’s Power of Veto, let’s talk about what could happen depending on who wins!

Let’s start with the nominees for Week 8 of Big Brother 23. If Xavier wins this week’s POV, he will pull himself off and there will be no need for a replacement nom to be made since he is the third nom. If Kyland wins POV then he will pull himself off and Alyssa will likely be the replacement nominee at Monday’s Veto Ceremony. Sarah Beth winning is the worst-case scenario for the Cookout since that not only means that SB will be staying, but Alyssa will end up going to Jury since she is the only non-cookout member that’s left.

Claire got confirmation this morning in the Diary Room that in order to keep the HOH anonymous, only the nominees would be picking chips for this week’s Power of Veto players. Tiffany was a little upset that she wasn’t guaranteed to play unless her chip was picked. Tiffany’s name wasn’t picked this week so she didn’t get her wish, however, Claire, Hannah, and Alyssa were.

With these player picks, the likelihood of Xavier being taken off the block are much higher and the chances of SB or Kyland coming down are much lower. Hannah and Alyssa are all likely to take Xavier off the block if they should win this week’s Power of Veto competition. I can see Claire also using the Veto to take Xavier off but she would play it off as if she’s doing it only because he’s up there for punishment.

Who are you hoping to see win this week’s Power of Veto?