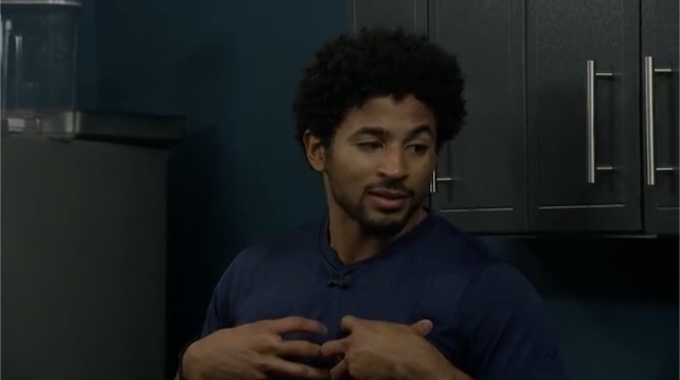 Xavier is this week’s Head of Household and as we know, he has nominated Kyland and Azah for eviction this week. However, since all the power lies in the Veto this week, the nominees don’t really matter.

Last night on Big Brother, we watched as Xavier told us that he would really like to see Kyland go this week despite having a F3 deal with him and Derek. Surprisingly enough, the talks inside the Big Brother house confirm that is the plan. Xavier makes F3 no matter who wins since he is the HOH, he doesn’t want to have to compete against Kyland in the Final Head of Household competition.

If Xavier wins the final Veto, he obviously can’t vote himself, but he can choose which houseguest does. He has told both Derek and Azah that will keep the nominees the same and Derek will be the only vote. The plan is for Derek to take Azah and send Kyland to the Jury house. Obviously, if Derek or Azah win the Veto, they will bring each other to F3 which will also send Kyland to the Jury house.

The worst-case scenario in Xavier’s plan is what will happen if Kyland wins the final Veto of the season? Kyland has every intention of honoring his F3 deal with Derek and Xavier, therefore he will evict Azah at this week’s Veto Ceremony.

Stay tuned for the Veto spoilers coming up later today. Who would you like to see the Veto?