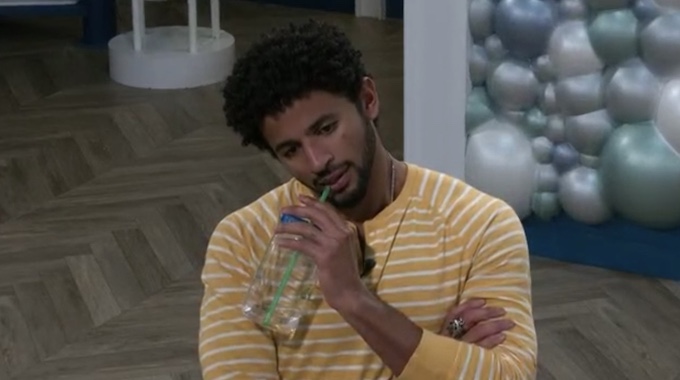 After Thursday’s Double Eviction, Kyland went on to win his third Head of Household competition. Friday, during the Nomination Ceremony, he nominated Tiffany and Hannah for eviction this week. He has made it clear to the other houseguests, including Hannah, that Tiffany is his target this week. Tiffany also has a pretty good feeling that she is the target also and has voiced that to Hannah.

Kyland would prefer that the nominations stay the same this week so that he can control the vote better. If Kyland, Xavier, or Derek win this week’s the noms will likely stay the same without any thought. They all want Tiffany out and know the easiest way to make that happen is if Hannah is sitting next to her.

However, if Azah wins, there might be a chance of her using the Veto on Hannah or Tiffany since she knows that the women need to stick together if they plan to make it past this week. I’d be curious to see what Kyland does at the Veto Ceremony if this scenario should play out.

If Hannah comes down, Kyland knows that he has to replace her with Azah in order to still get Tiffany out. If Tiffany wins, the target will likely shift to Hannah because Azah is easier to beat in the end than Hannah would be.

Who do you want to see win this week’s Power of Veto?