Tiffany and Hannah’s only shot at making it through this week as a pair was winning the Big Brother 23 comics veto, but Kyland squashed that with his second competition win this week.

Wednesday night’s episode picks up after Kyland nominated Tiffany and Hannah for eviction.

Hannah asks Kyland why she’s on the block, and he lets her know because she’s the person most likely to use the veto on Tiffany. And then he lets her know that Tiffany wouldn’t be willing to work with Xavier, so Hannah figures out that the guys are working together.

Tiffany tells Hannah that she’ll be fine, meaning that Tiffany knows she’ll be going home. Hannah says she wants them to both be there. Then talk turns to the men working together and they both agree that’s what’s going on.

Hannah thinks she can talk to Azah about the women teaming up since the men have, but Hannah doesn’t know that Azah is all in with Derek and Xavier. And the edit didn’t really show that either.

It’s time for the Big Brother Comics veto competition. We all know how this works. They have to use a zip line to look at the BB comics cover, and they have to figure out what comics are real, and what ones are phony. And the player with the fastest time wins the veto. 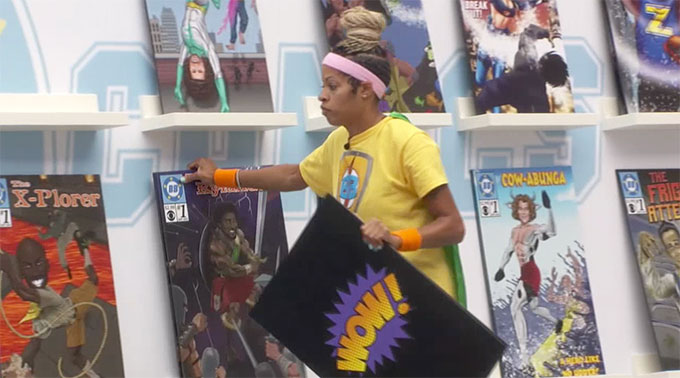 Let’s see how each houseguest did with time:

Kyland has won the Power of Veto!

And for some reason, Kyland and Xavier have a discussion about taking Hannah off the block to just try to get in her good graces in case she wins HOH next week. So Kyland says he could put Derek up next to Tiffany to make sure she goes home. But Xavier thinks that’s very risky and Kyland shouldn’t risk it.

Kyland tells Xavier he just wants to make whatever move is best to help them get to the end. So let’s get to the veto ceremony and find out what that is. 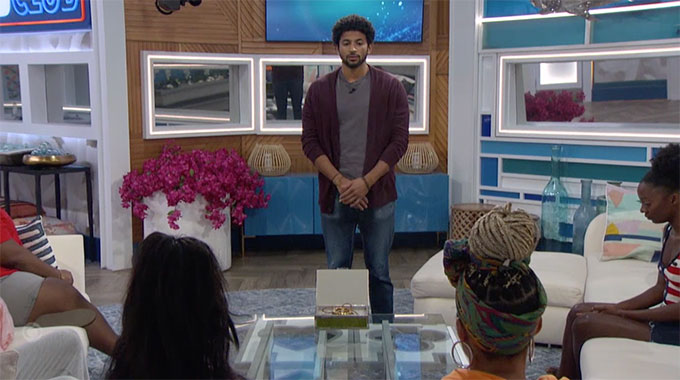 Of course Kyland does not use the Power of Veto. Tiffany and Hannah remain on the block, and Tiffany is still the target for the first eviction Thursday night.