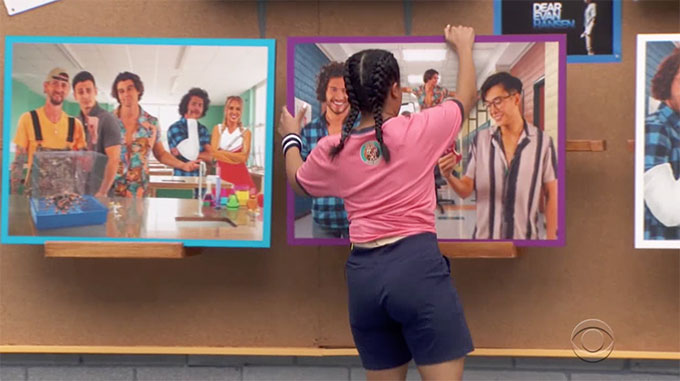 I’m not sure if that was Big Brother 23 or the trailer to “Dear Evan Hansen,” but my favorite part was when Tiffany said “STFU, Kyland” in the Diary Room.

Because let’s face it, haven’t we all been thinking that?

Wednesday night’s episode picks up right after the secret Head of Household nominees were revealed.

So to recap, Tiffany has lost her HOH powers, the HOH room and her nominees were canned. But Claire, as the secret HOH named the same nominees as Tiffany. So Kyland and Sarah Beth remain on the block along with Xavier as the third nominee.

Tiffany wants to keep the house (and by house we mean only Sarah Beth and Alyssa) that she is also the secret HOH. But the rest of the Cookout already knows that Claire was going to try to win the Coin of Destiny.

Meanwhile, Sarah Beth is upset because she and Kyland have been nominated twice now in the same week. She feels like no one likes her but Kyland knows what’s really going on, and he can’t let her know so he can protect the Cookout.

It’s time to pick players for the veto competition. Joining the three nominees, Xavier, Kyland and Sarah Beth are Alyssa, Claire and Hannah.

Let’s get to the veto competition and find out what happens. For this week’s competition, the players have to arrange photos of evicted houseguests chronologically. The players complete individually and the person with the best time wins the Power of Veto. The winner not only wins the veto, but also gets to see a screening of “Dear Evan Hansen.” 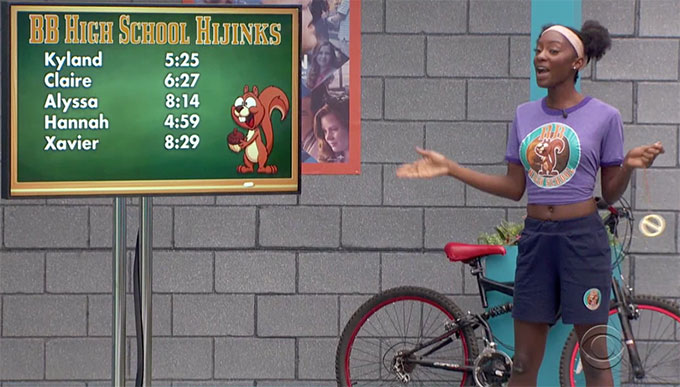 Let’s find out who the fastest houseguest was.

Hannah has won the Power of Veto! She picks the three nominees to join her in watching the movie.

After they watch the movie, Kyland starts his campaign to get the veto used on him, and everyone is pretty sure he just wants off the block so he can try to save Sarah Beth. He says he just wants to give Sarah Beth a sympathy vote, but everyone knows better. Tiffany has been after Sarah Beth for weeks, and isn’t happy that Kyland is now trying to pull something, especially after he is the one who told her to go ahead and nominate him and Sarah Beth. So that’s when we get the hilarious quote from her in the diary room.

Kyland made his pitch to Hannah as well, but she had long decided what she was going to do with the veto, and it wasn’t save Kyland. 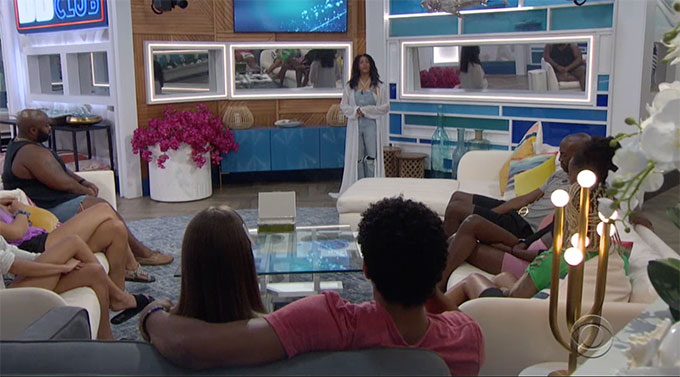 At the veto ceremony, Hannah decides to use the veto on Xavier. And since he was the third nominee because of a competition punishment, that means there is no replacement nominee. So Sarah Beth and Kyland remain on the block.