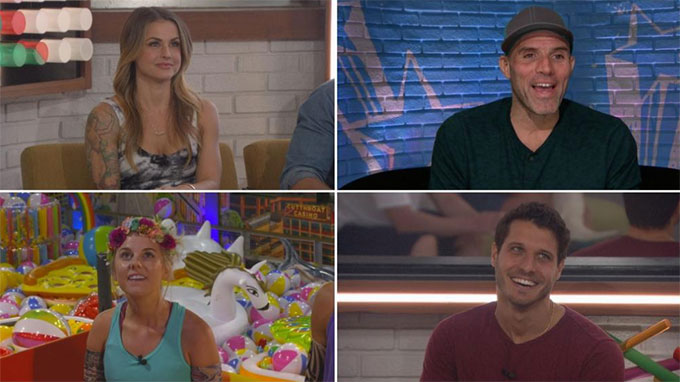 Big Brother 22 wraps up in a little more than a week. That means we will soon have our latest Big Brother winner and America’s Favorite Houseguest. So for our final weekly survey, we’re just going to ask two questions.

We want to know who you think should win Big Brother 22 and who you are voting for America’s Favorite Houseguest. This week it’s 100 percent certain that Christmas is going off to jury, making the Final 3 Cody, Nicole and Enzo. Of those three, who do you think will win? Who has what it takes to get to the final 2, and who has what it takes to convince that person to take them? Who will be the last juror and how will they vote?

Those are all things to consider when making your vote. Be sure to let us know in the poll below.

If either poll isn’t visible, then click here for the non-AMP view of this page.

And all season long, you have been voting in our favorite houseguest poll, and recently, who you want to win America’s favorite. For the entire season, the Top 5 favorites have been Janelle, Tyler, Kaysar, Da’Vonne, and Ian. A few times Enzo swapped out with Ian, but for the most part, that’s who we’ve seen at the top. And when we started feeling everyone out on who they are voting for America’s Favorite Houseguest, it’s been Janelle, Da’Vonne, and Tyler at the top. Each one has held the No. 1 spot, with Janelle being the most consistent.

So I think it’s a pretty safe bet to assume the Top 3 in that vote will be Janelle, Da’Vonne, and Tyler. But who will take the $25,000? Let us know in the poll below who you will be voting for.

Be sure to check back tomorrow to find out who our readers think will win Big Brother All-Stars and who they think will earn the title of America’s Favorite Houseguest.