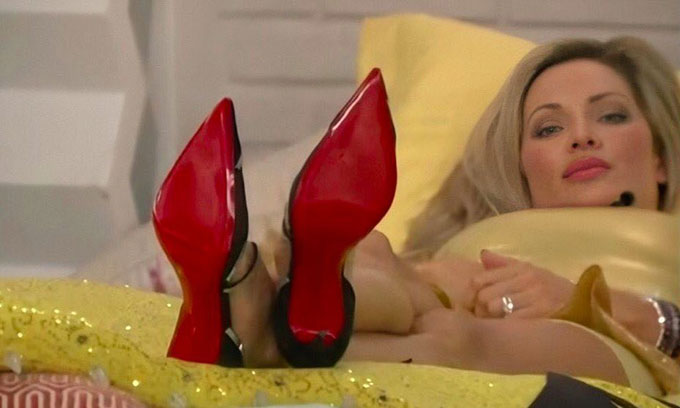 Week 1 of Big Brother 22 has already come and gone. The first All-Star was sent packing and the second HOH is crowned. That means it’s time to look back at the first week of Big Brother All-Stars and award the best and worst moments of the week. And for the record, this is a completely subjective and biased list. You’re welcome to share your own if they aren’t the same as mine!

Old school players enter the game. When I say I was thrilled to see Janelle, Kaysar, Keesha, Kevin and Enzo walk in the house I’m under-selling it. And I was also so happy to see Ian. Technically I think BB14 is “new school,” but to me Ian is a classic player. I would love nothing more than all the old schools to stick around the entire season, but I know that’s not happening.

Janelle. Speaking of old school, it’s so nice to have a legend like Janelle back on our screens. And alongside Kaysar nonetheless! Janelle is never dull (OK so maybe she was kind of dull in BB14). And she’s already had one of the best reads on the house so far. Da’Vonne, who usually has the best read, has been off so far. But Janelle gets it. And she knows how we like to see the game played. For the life of her, she can’t figure out why modern Big Brother players want to do what the HOH wants. Their power is up as soon as they make their nominees, but these new kids want to follow the HOH like he’s their dad. It makes no sense to me, or Janelle, thankfully.

Kaysar wins the Safety Suite competition. The only thing worst than Keesha going first would’ve been Kaysar or Janelle going first. And they were going to be Cody’s targets. He can try to rewrite history like his buddy Derrick, but we know what he was planning. And Kaysar and Janelle knew it as well.

The Gossip. The HGs have loved talking about their past seasons and a number of HGs not present in the house. I won’t get into too many details, but hearing Janelle and Ian talk about Mike Boogie sneaking a phone into sequester to size up his potential BB14 team is a good example of that. And we have also heard of a few surprising hookups we didn’t know about!

Ian and Kaysar Bonding. One of the sweetest moments of the week, was Ian discussing he is on the Autism spectrum. He said after he left BB14 he googled his name and found a lot of people were searching “Ian Terry autism.” That’s when he realized. He confided in Kaysar, who also admitted that he is on the spectrum. And ever since then, the two of them have had this bond. If you don’t watch the Live Feeds, you didn’t get to see all of that, but just know there were some tender moments. 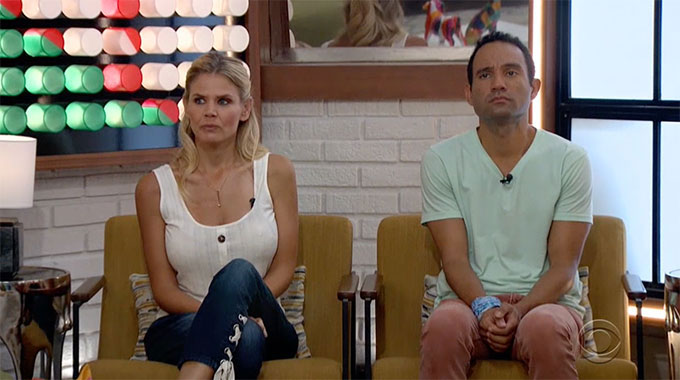 Cody wins HOH. Sorry to the Cody fans out there, but how many times year after year do we have to see the same archetype win HOH first. It just has the tendency to set a sour tone for the season and I wasn’t looking forward to him being the first HOH at all.

Cody’s Nominations. Ugh. We have waited for so long to see Keesha and Kevin play again, and look at what Cody has done. This is exactly why I didn’t want him to win HOH.

Janelle uses her Safety Suite pass. I understand why Janelle used her pass to play with Kaysar. Had he timed out then neither of them would have been safe this past week. But it would sure be nice for her to be able to keep them both safe this week.

Enzo wins Veto. I’m glad Enzo won a competition, but he didn’t need to. It would have been so exciting for someone nominated to win the POV week one! We could have had a much more fun week. But again, congrats to Enzo.

Keesha is evicted. I’m glad Kevin gets to play longer, but I, and so many people I know, have wanted to see Keesha play for years. And she FINALLY comes back and is evicted first. Devastating. Of course she didn’t do much to try to stay until it was already too late, so I can’t blame anyone. Expect Cody. I can and will blame Cody.

Some HG’s choices. What I was most disappointed about this past week is how Dani and Memphis ditched old-school players for new school players immediately. I had this fantasy that Dani, Janelle and Keesha would come in and team up with Da’Vonne and Bayleigh and just run this season. But for some reason it seems Cody and Nicole F came in holding all the influence and that saddens me. I will always be Team Old School and if we loose those players one after another, I’ll be very sad.

The Alleged Pre-gaming. I can’t confirm who pre-gamed with whom, but we know it happened. The HGs have said it themselves. And how so many of them just came in the house and started working with each other makes it obvious. Nicole F and Dani definitely knew each other were player. Cody and Nicole F knew. Cody and Memphis knew. Janelle knew about Dani and who knows who else. I know that’s what happened in BB7 too, and that’s whatever. But I’m not much of a fan of it this time around. It seems to be interfering with the fun. Nothing feels organic.

What do you think the best and worst moments of Big Brother All Stars Week 1 were?