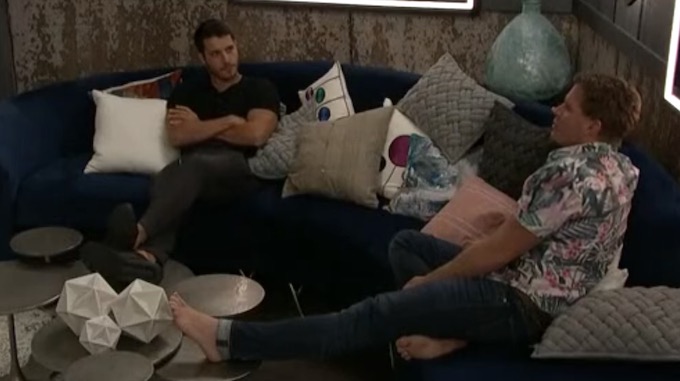 We have officially started week 2 of Big Brother 22 with Memphis in the HOH. Based on chats between Memphis and one of his allies on the overnight feeds, there are a couple of things Memphis is thinking about this week. Read on to find out which nomination scenario we could be looking at for week 2 of Big Brother All-Stars.

Last night Memphis talked to Cody and this gave us an idea of what he was thinking for this week. Cody started the conversation by asking Memphis what his thoughts were and said he felt like Memphis might be in a tough spot this week. Memphis told him that he has an easy route he can take and added that no one in the house would put up a fuss if he nominated Nicole A and David. He adds that he can then figure it out later in the week after the Veto is played if someone else needs to go.

Based on this conversation, it sounds like Memphis is probably leaning more towards Nicole A and David and then using the Veto later if a bigger target comes along. What do you think about these nominees?

Before we get the confirmed nominations, we will find out which two HGs are safe with the Safety Suite Twist. Be on the lookout spoilers throughout the day!