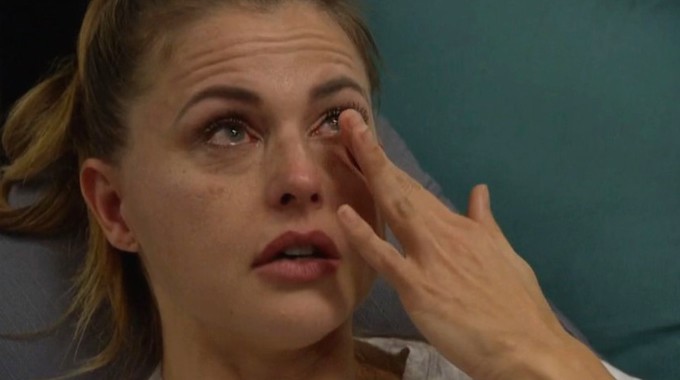 Houseguests got a surprise luxury comp today inside the Big Brother 22 and the Final Four weren’t just playing for fun either. Breaking up the quiet Friday afternoon the remaining HGs each selected a set of the season’s HGs and played for the chance at $10,000.

Update: We found out when the comp aired that HGs were only playing for themselves. The HG discussions were very confusing. So just the F4 HGs were competing to win money, no one else got anything.

So it sounds like each HG picked a Juror and then tried to win the money for both of them. Not a bad move if you’re trying to recover favor from an evicted HG. Maybe that’s what Nicole was trying to do there. Good move. Meanwhile, Christmas found herself in tears after the comp because she didn’t pick Memphis herself. She worries he’ll feel betrayed by her move. Huhwhat?

Now we’re still waiting around for this week’s nominations even though they don’t matter. Only the Veto holder, or if the HOH wins then the one HG they deem safe, gets to cast the sole vote. So HGs shouldn’t be stressing these noms. Naturally, Christmas is also upset about that. Christmas, it doesn’t matter!

Fun fact: Christmas’s tears are pine-scented. (No, not really.)