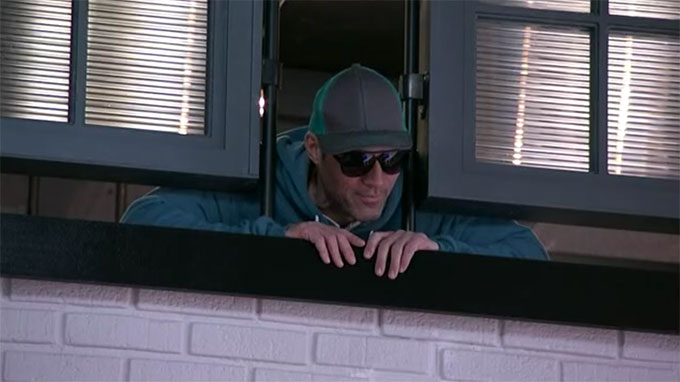 With virtually nothing left to compete for or even debate, the Big Brother 22 Final 3 spent their last Monday in the house just hanging out playing games and napping. Nicole did continue to work on her Final 2 speech vocally, while the other two have yet to be seen or heard even mention what they plan to say at the finale if given the chance.

2:32 PM BBT – Nicole and Cody are talking about playing basketball outside the house. Cody says that he might take up basketball when he gets out. Nicole mentions that she plays Vic all the time and beats him.

2:40 PM BBT – Nicole says that she wants to enjoy their last couple of days in the house because she doesn’t expect to be back in the house. Cody mentions that Janelle has played four times, and Nicole, Kaysar, Dani, and Day have each played three times.

3:00 PM BBT – Nicole is going over what she is going to say on finale night while Cody is playing basketball with a small ball and basket from the living room decor.

3:04 PM BBT – Nicole thinks it’s worth mentioning that she’s spent more time in the BB house than any other player.

3:35 PM BBT – Nicole says to herself that Cody played such a good game so she’s not going to “crap on” his game in her speech. But she says she still has to make a case for herself.

5:17 PM BBT – Enzo finally joins the land of the living. He says he can’t believe how late he slept today.

7:42 PM BBT – Cody and Enzo are stir crazy. Enzo says they really need some wine or something tonight.

8:45 PM BBT – BB lets the Final 3 know to check the storage room. Enzo finds a bottle of wine and a deck of cards. Nicole wants to play poker.

11:20 PM BBT – HGs have been playing cards and laughing. Cody says it’s nice to enjoy the F3 this time around because last time he was annoyed by Victoria being there.

11:25 PM BBT – HGs discussing news from Big Brother that their families will not be at the finale. They’re glad to know now so they don’t get excited to walk out and see them. Nicole says she’ll have to wait longer to find out if she was liked or not this season.

12:05 AM BBT – F3 chat about life back home while having a midnight snack.

1:25 AM BBT – HGs are heading to bed. Enzo alone in his bedroom says Nicole doesn’t have a chance against Cody.

The decisions have already been made on which each of Nicole and Cody are taking to the end (each other, so it seems) and it’s just one more full day to get through before we’re off to finale night for the Jury’s announcement.