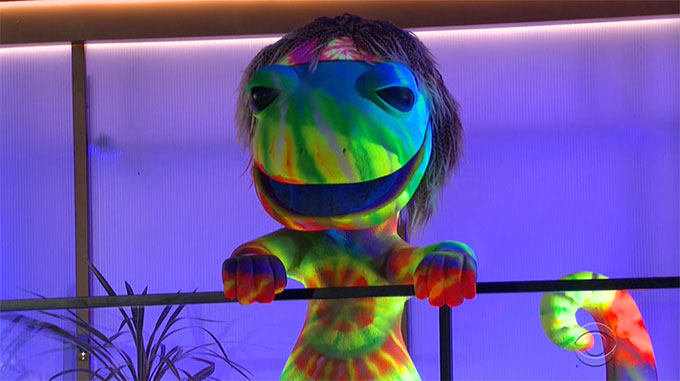 OTEV made his visit to the Big Brother 22 house, and this time be brought with him $10,000 and a psychedelic mess.

Ahead of the big veto competition, Wednesday’s episode picks up right after the nomination ceremony. Cody lets us know that he nominated Kevin and David because those are the only two people in the house he’s not in an alliance with. And the target is Kevin this round. The only problem here is, if someone uses veto he’s going to have to tap into one of his alliances to name a replacement.

Dani would like to see that happen because she’s ready to take a shot at Christmas. And Christmas has a feeling she could be Cody’s choice so that’s the last thing she wants to happen. So everyone is going to be gunning for this veto. But we don’t even know who is playing yet. So let’s figure that out.

At the veto draw, Nicole, Tyler and Enzo (via David’s HG choice) are picked to join Cody, David and Kevin in the competition. So, no Christmas. And she throws a tantrum because she wasn’t picked to play. Which was not a very smart thing to do when Cody and Dani are already looking your way. 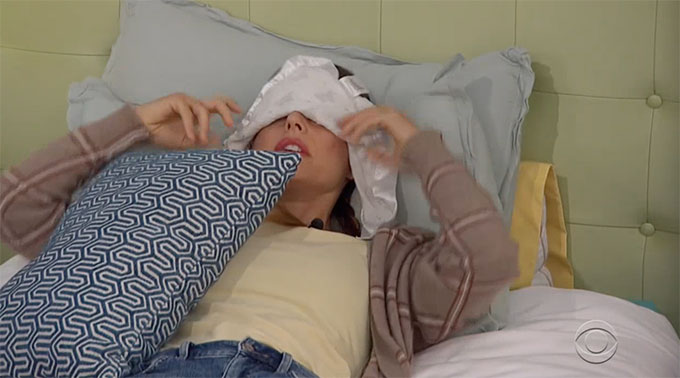 Let’s get to the veto. The houseguests head to the back yard, and it’s a mess. There are beach balls, pool floats and T-shirts all over the place. Oh, and there’s also a large lizard hanging out on Dr. Will’s balcony. Oh, it’s OTEV. It all just looks a little different than it usually does. And this season he comes in the form of a psychedelic salamander who just threw quite the party at Dr. Will’s pad. The set-up looks a bit different, but it still works the same way. We all know how it works. Except this time, there is a prize. One player can trade a special t-shirt for cash and their shot at winning the veto.

And in the first round it happens. David finds a $10,000 shirt and decides to go for that instead of the veto. And since David claims the last stool, he’s out instead of Cody who would have been out. Everyone is a bit shocked that David, who is on the block, decided to go for $10,000 instead of a shot at winning the veto.

Tyler is the next one out. But he doesn’t have $10,000 to show for it. In the third round, Cody and Kevin are neck and neck, but Cody makes it up the OTEV ramp first and Kevin is out. 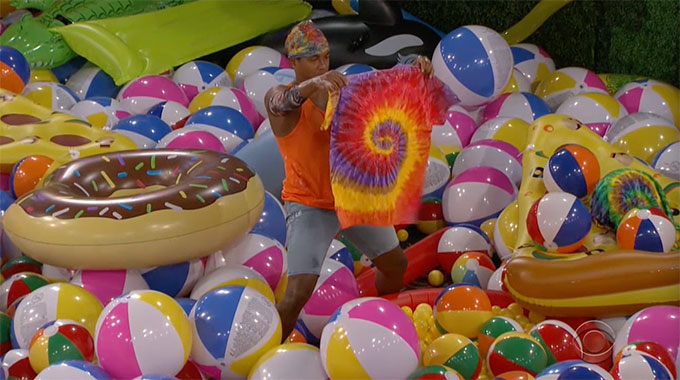 That leaves Cody, Nicole and Enzo. Nicole is the next one out so that leaves Cody and Enzo. Of the two, Enzo won this competition in his season. But in the end it’s Cody who wins the POV. More of the same. Another boring week. It’s over. Next.

So at the ceremony, Cody does not use the veto, to no one’s surprise. Thankfully tomorrow is a triple eviction, so something crazy will HAVE TO HAPPEN. 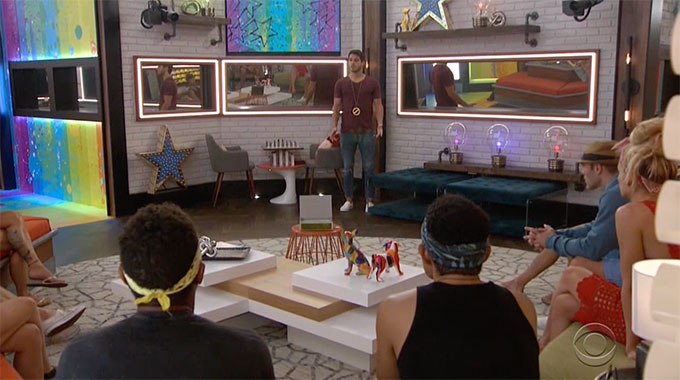