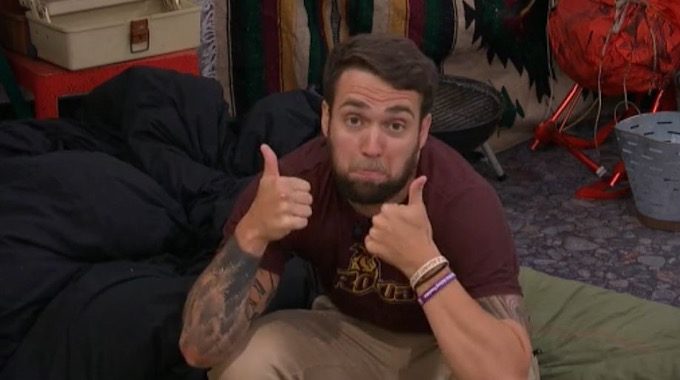 After last Thursday’s live vote and eviction on Big Brother 21, the HGs headed out to the backyard thinking they were going to compete in a Q&A comp about bird calls that were being played in the house the day before. However, that wasn’t the case and Julie told the HGs that studying the bird calls was all for nothing. She filled the HGs in on the fact that this week was Prank Week in the Big Brother house.

Nicole, Cliff, and Jessica have pied the other HGs, America’s Prankster controlled one of Holly’s nominees, and a clown invasion took place in the Big Brother house throughout the week. With all of the HGs worrying about the unknown, Prank Week has also caused the HGs to speculate what could possibly happen throughout the week including at tonight’s Live Eviction.

The HGs have talked about the possibility of a Double Eviction, Jury Battle Back and even a Reset Week. Over the last couple of days, we have heard HGs say that they are worried that this week will end with no one being evicted. Holly has been nervous that her target, Nick, won’t be leaving the house this week and will be coming back with a vengeance. Jessica worried to Christie last night that this week might end with no one going home. Nick has voiced time and time again that he has a gut feeling that he isn’t going this week regardless of the fact that he clearly doesn’t have the votes.

As we talked about yesterday, there aren’t enough HGs in the Big Brother house to do a surprise Double Eviction tonight when you consider the Fast Forward week towards the end of the season. With that being said, the most logical way to make a DE happen this year is to have a reset week due to the fact that no Jury Battle Back has been announced.

While it does seem like the plan to vote to evict Nick is in full effect, could Big Brother end Prank Week with a reset? Do you think the F8 will go into next week fully intact so we can have a DE in the coming weeks?