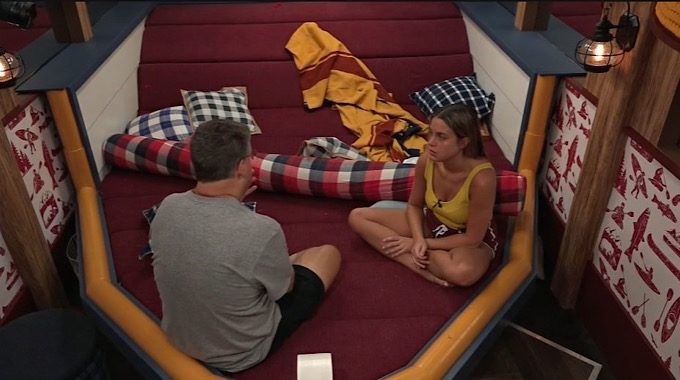 It is Power of Veto day in the Big Brother 21 house and with Holly in the HOH and a Prankster on the loose, things in the house have been very tense. There is a lot of unknown with not knowing who the Prankster is and who they would put up if their nom should come down. Now that we know who the POV Players are for week 9, we have a pretty good idea of what could happen moving forward.

Holly is in the HOH this week and Nick is her nominee for eviction. Nick won America’s Prankster and picked Christie as his nominee for eviction. The Power of Veto players have been picked and Cliff, Jessica, and Jackson will be joining Holly, Nick, and Christie in this week’s POV. What are the odds that the two HGs that would have taken Nick or Christie off the block weren’t picked?

Tommy made it known that if he won, he would have taken Christie off the block because he was guaranteed to be safe. Nicole mentioned to Nick that she would take Nick off because she needs him in this game. However, Cliff, Jessica, and Jackson are very close to Holly and Holly has made it known that she would like the nominees to stay this week. With all that being said, it looks like Nick and Christie are on their own this week and will have to win it for themselves if they plan to come off the block before Thursday’s eviction.

Who do you want to see win the POV? Do you want to see either of the nominees come off the block? With Zingbot coming to visit the HGs, we could expect the live feeds to be down for a significant amount of time today. We’ll have the spoilers as soon as things are revealed on the Feeds.