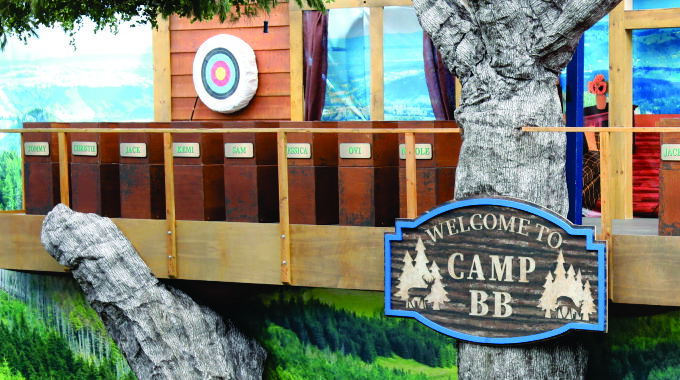 We’re back with Big Brother’s Executive Producer Allison Grodner who has again this year agreed to take our questions each week and that’s pretty cool.

This week kicked off the new season for Big Brother 21 and yet again another early eviction snuffed the BB candle for one aspiring winner but is his game really over? We asked Allison about that early departure, the chance of more connections in the game, and whether or not the Camp Director was one and done. Read on for her answers.

Big Brother Network: David is out, but not gone just yet, explained Julie on Wednesday. Will he have a chance to get back in the game next Wednesday? What teasers can you share about this brand new “never happened before” event coming up?

Allison Grodner: Let’s just say that evicting people this season could definitely come back to haunt you…all will be revealed next Wednesday!

BBN: Was Tommy & Christie’s connection random or an intended twist? Are there more connections in the house?

Grodner: We liked what both Tommy and Christie brought to the show as individuals. We knew that they had a past together and decided to see how that would play out in the house. Just as in Summer Camp, there could be others who know one another…

BBN: Is the Camp Director power over or will we see the little Alice in Wonderland door in action again this season?

Grodner: The Camp Director power is over but you never know when another little door could open :)

Okay, so that little door seemed too cool to be a one-off, right? So I guess we will be seeing more of it this season but who knows what they’ll be doing with it. As for those other connections, I’d guess we’ll get some more of those soon and given the close proximity between some of these HGs’ past adventuring I don’t think it’ll be a stretch for there to be more.

Poor David. He seems to have been evicted simply to prime the pump on whatever this new twist will be and at least we don’t have to wait too long. We’ll find out more about this one on Wednesday. Considering David wasn’t doing exit interviews he’s obviously in sequester somewhere and I’m hoping that means he could get back in for a real shot at the game like every HG with a key should have.