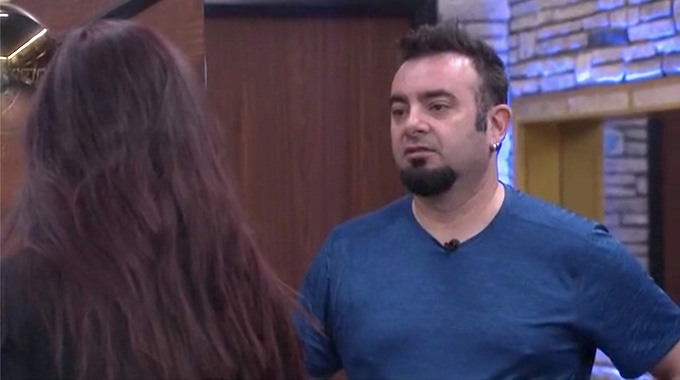 Update Looks like no Veto comp on Sunday. The comp will likely be part of Monday’s live eviction show. It’ll be a busy night!

If you have been keeping up with our spoilers, you know that Chris Kirkpatrick is the Head of Household for round two of Celebrity Big Brother. Yesterday he nominated Chris Kattan and Mirai for eviction with Mirai being his target this round. Somehow, Mirai was made aware that she is Kirkpatrick’s target this week which might put a fire under her during today’s Power of Veto Competition.

If Kirkpatrick wins the Power of Veto, the nominations will likely stay the same and Mirai will remain his target. Kirkpatrick has been getting a lot of pressure from Miesha and Todrick to renominate Cynthia or Carson this week. They both feel that they are bigger threats to their game, especially if they are together. It’s pretty obvious that if Mirai or Kattan win the Power of Veto, they will take themselves off the block. Kirkpatrick will then be forced to put up a renom and no matter how hard Miesha and Todrick push, it will likely be Lamar, not Cynthia or Carson.

There are seven other houseguests inside the Celebrity Big Brother house. Miesha and Todrick might be the only ones to use the Power of Veto if they compete and win. They will likely take Mirai off the block and try to convince Kirkpatrick to renominate Cynthia and Carson. Kirkpatrick and Shanna are working pretty closely with Carson and Cynthia though and he has a different plan in mind.

Who do you hope to see win the Power of Veto? Make sure you come back later for our Power of Veto spoilers coming up later!