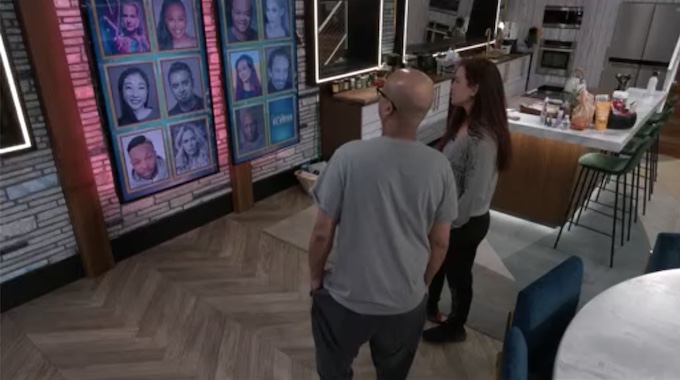 9:15 AM BBT – HGs are waking up. Carson and Cynthia are talking about the house dynamic.

9:18 AM BBT – Cynthia wonders to Carson if there is a way they can make a F4 with Miesha and Todrick and have them vote Lamar out instead of Carson.

9:20 AM BBT – Cynthia tells Carson that Todd told her Miesha and Todrick wanted him to put her up, but Todrick said that Todd wanted to put her up. Cynthia thinks that Todd is trying to pull a fast one on her.

9:30 AM BBT – Cynthia tells Carson that they have to try and make a deal with Miesha and Todrick to see if they can keep Carson in the house.

9:40 AM BBT – Cynthia and Carson have Miesha come into the back room to talk about why Cynthia didn’t end up on the block. Miesha tells them that it was Todd’s idea to keep her off the block. Miesha is hesitant to tell her anything else.

9:55 AM BBT – Miesha is retelling her conversation to Todrick. Meanwhile, Cynthia and Carson are talking about how Lamar and Todd have a F4 with them, but they are plotting against them going into the next round.

10:07 AM BBT – Miesha tells Todd about the conversation she had with Cynthia and Carson.

11:35 AM BBT – Cynthia tells Lamar that at this point she feels like a sitting duck, but they have to keep fighting.

12:48 PM BBT – Cynthia whispers to Carson while in the kitchen with everyone that they still have to talk to Todrick.

12:52 PM BBT – Carson and Cynthia go to the storage room and talk about how the Veto Meeting worked out the best that it could. He says that Miesha is trustworthy for not using the Veto and giving Todd the chance to put Cynthia up. Carson wants to have a conversation with Todrick about protecting them like they had promised.

2:30 PM BBT – Lamar, Cynthia and Carson are nappping. Todd, Todrick, and Miesha are all playing solitare and chit-chatting.

3:00 PM BBT – Todrick and Miesha went into the bedroom and are talking about the order they came into the house. Todd is sitting along in the kitchen playing solitare. Cynthia, Carson, and Lamar are sleeping up in the balcony.

Carson and Lamar are the final noms for Round 5 of Celebrity Big Brother. Carson and Cynthia plan to have a conversation with Todrick at some point to see if he will honor the pact that they made last week. Something tells me that they will be very disappointed with his answer.