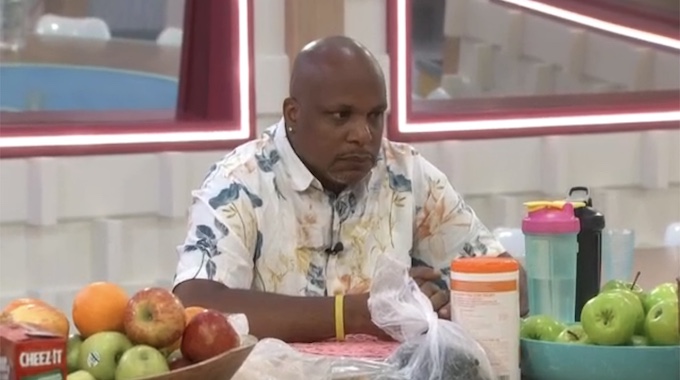 Week 8 of Big Brother 24 has officially kicked off and the houseguests were reunited after Jasmine and Joseph were evicted during last night’s episode. After some debriefing, the Head of Household competition kicked off and a new Big Brother houseguest gained power. Read on to find out what the new BB24 Head of Household has planned for this week’s Nomination Ceremony!

As we know, Turner went on to win this week’s Head of Household Competition and he finds himself in a pretty difficult situation with an important decision to make. Which alliance does he plan to prove his loyalty to?

Turner went through and talked to all of the houseguests last night and had two different stories for each of his alliances. Turner did tell Kyle that he was concerned about relying on Terrance and Alyssa to win comps and keep the After Party safe moving forward, but also told Kyle that he was likely going to backdoor Michael this week. He also implied this plan with both Terrance and Alyssa who met with him after his conversation with Kyle took place.

After he talked to his fellow After Party alliance members, he started doing his one-on-ones with his Leftover allies. He promised Brittany and Michael that they would both be safe this week and told them, Taylor, and Monte that Terrance and Alyssa would be put up at this week’s Nomination Ceremony. He told them all that he wasn’t worried about which one went this week. However, Monte did tell Turner that Terrance should be the focus since he is more likely to win a comp. Turner also mentioned to Monte that he would like to get the remaining Leftovers to F6 where they would likely split off 3 vs 3 (Turner, Kyle, and Monte versus Taylor, Brittany, and Michael).

During his talks with Brittany, Michael, Taylor, and Monte, Turner mentioned to each of them that he promised the outside group safety and will have to go back on those promises. He told them that he will likely lose two jury votes because of this. Based on all of this, I suspect that we will see Terrance and Alyssa on the block after today’s Nomination Ceremony.

Update: WOW! Things shifted quickly later this morning. Kyle, Monte, and Turner brainstormed in the HOH room and Kyle pushed hard to make Michael & Brittany the big targets. It didn’t take much convincing for Monte as he seems solidly committed to The Pound. Turner now saying he needs to take out one of the three (Michael, Brittany, or Taylor). Monte says he’d easily vote out Michael if he’s on the Block come Thursday night.

What do you think Turner will decide to do? Shift to the M/B/T targeting or stick to the Terrance & Alyssa plan from earlier? Be on the lookout for Nomination Ceremony spoilers coming up later on!