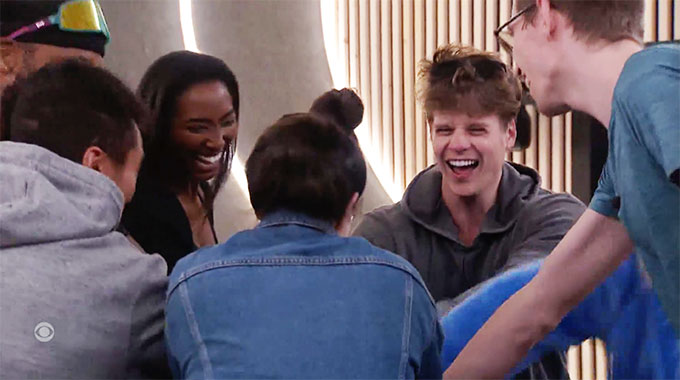 After three weeks, the Big Brother 24 narrative has finally started to shift. Several of the houseguests have been obsessively focused on isolating and targeting Taylor, but when Daniel and Nicole blew up on Taylor this week, it set into motion a ripple in the game that led to the formation of a new alliance. And the house if about to be flipped upside down.

Wednesday night’s episode picks up right after the nomination ceremony. Tuner just nominated Brittany and Michael and he lets us know that Brittany would be the target if his nominations stay the same, but there might be a bigger fish to fry with  Taylor.

And Nicole lets us know that’s her goal. Not only does she want Taylor gone, she wants whatever power or reward she would get for surviving the eviction and losing her Festie Bestie.

Ameerah also wants to see Taylor backdoored. So she goes to Turner and lets him know that Taylor said she wants to target men if she wins HOH. Ameerah says she would even use the veto on Michael and Brittany.

Turner thinks that going after Taylor would be the easiest way to keep blood off his hands. And Nicole confirms to Turner that she is fine with going up (of course she is, because she wants that power).

But then Joseph, Kyle, Monte and Turner meet up in the HOH room to discuss that Pooch blindside last week. And Kyle lets the guys know that Alyssa told him about the girls working together. Joseph says they need to start chipping away at the girls or they’re all going to be next after Taylor goes this week. And then Kyle reminds the guys that Taylor isn’t with the other girls and they want her out more than anything. So obviously, sending Taylor out only helps the girls. 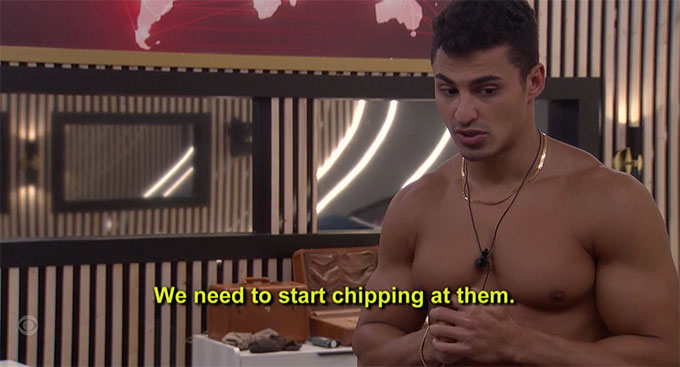 Then talk turns to Ameerah. Joseph mentions how close Ameerah has been to winning things, and says Ameerah or Nicole have a good shot at winning this whole game. And then the wheels start spinning.

Kyle says if the veto is used, Turner could put up Ameerah and Terrance, and they could target Ameerah. Kyle says he is sure he can pull in Michael and Brittany, and then they also pull in Taylor since she’s been on her own this whole time.

So that group of guys form The Pound, named for their fallen bro Pooch.

It’s time to pick players for the veto competition. Joining Turner/Jasmine, Michael/Brittany are Taylor/Nicole. Oops. That’s not what most people wanted to happen with this draw. Nicole even tells us in the Diary Room that she might have to throw the competition. But then Turner reveals that just because you survive eviction night isn’t safe next week. Nicole is now less into the idea of throwing the veto, but she says she will still do it to help get Taylor out.

Nicole having to throw the veto is starting to get to her, so she has a bit of an emotional moment, and in tears asks the others to leave the room. The other houseguests are worried that Nicole god some kind of bad news about her mom. But it’s really all about her having to throw the competition. Nicole says on top of that, she hasn’t had a real issue with Taylor. Daniel tells her that Taylor is effecting his game, though. So Nicole says that’s all she needs to know and this is what has to be done. Daniel even says that he doesn’t see Taylor as a good person. Nicole says she doesn’t either and adds that Taylor is a loose cannon. Meanwhile, Taylor is out there in the other room worried about Nicole and even asks Monte to say a prayer for Nicole.

So Taylor goes into check on Nicole. Taylor says whatever she Nicole needs to do, to do it. Taylor says if there’s a point where you have to tap out, don’t worry about it. Nicole thinks that Taylor is trying to get her to quit. She says she doesn’t need someone to tell her to bow out. 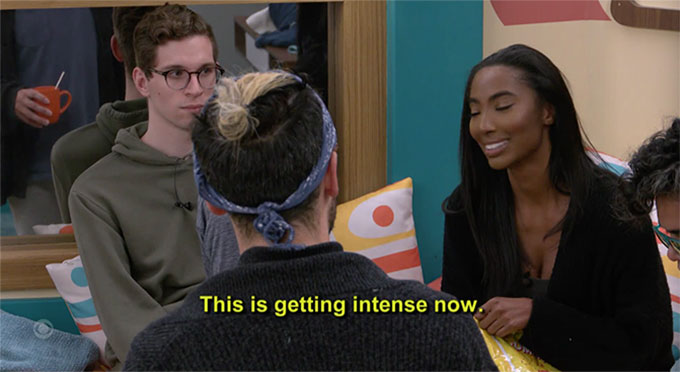 Nicole then goes and tells Daniel that Taylor was being passive aggressive and trying to get her to quit. And Daniel gets really upset. He’s already had a major issue with Taylor for reasons unknown, so that sets him off. And Daniel confronts her. He tells her to stop with her fakeness. He says she can F right off and to not speak to him again.

Taylor doesn’t even know what’s going on and thought it was a joke at first. She’s really confused by it all. Then he goes in on Taylor blaming her for making Paloma leave the game. And tells her to not speak to Nicole like that. No one understands why Daniel is reacting like that.

Nicole them jumps in and tells Taylor that she needs to learn how to speak to people. Joseph lets us know in the DR that he’s never seen Taylor do that to anyone.

OK, enough of that Daniel and Nicole mess. Let’s get to the veto competition. For this week, the players have to climb a tree to assemble a puzzle on top of their tree. One player will be on the ground, one in the air. The pair to finish the puzzle first, wins the veto.

And then for some reason (that’s totally not just her being lazy), Jasmine passes out and can’t compete in the competition. So only two pairs will be competition. This should be easy. 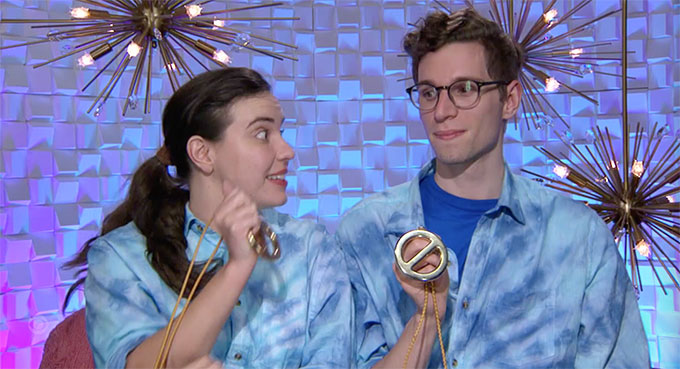 Michael and Brittany win the Power of Veto! And Turner’s plan to backdoor Ameerah is one step closer.

But there are a few more steps to cover. Enter Joseph. He knows after what went down with Daniel and Taylor, he starts recruiting Michael and Brittany while Monte recruits Taylor. They all meet in the HOH room and discuss the plan. Kyle tells Taylor he’s so sick of how she’s been treated, and that is why he feels so passionate about this. And they’re all down. And so The Leftovers were born.

We don’t get the veto ceremony tonight, but if you want to find out how that went down, check out our Veto Ceremony spoilers.