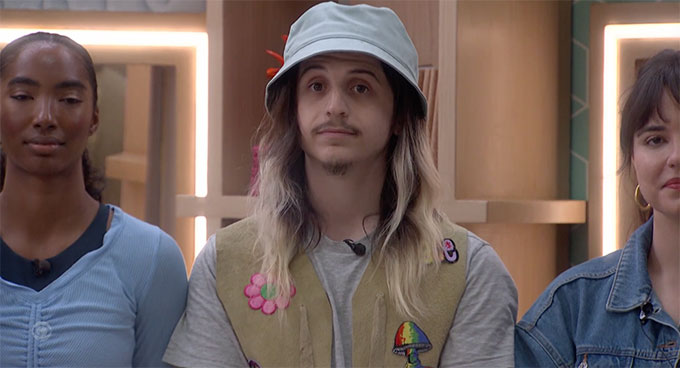 Big Brother 24 took a solemn turn Wednesday night as Michael and Brittany revealed to the other houseguests that Kyle had been worried about a “Cookout-type” alliance forming this season. Not only were houseguests concerned with what Kyle had been saying, they were also questioning the timing of Michael and Brittany dropping that bomb on the house.

We didn’t get to see the house meeting that followed on this episode, but we will be seeing how that and the veto meeting played out on Thursday night’s episode.

Wednesday’s episode picks up right after Turner nominated Brittany and Taylor. Turner lets us know that the Leftovers “have officially expired,” and that his target is actually Michael, not Taylor or Brittany.

And Taylor is very hurt because of what Turner told them Joseph said at Dyre Fest. Kyle says that Dyre Fest saved his game, and he’s happy that he and Alyssa aren’t on the block.

Turner catches up with Michael to make sure they’re on good terms in case he can’t be backdoored this week. Turner tells Michael he had no thought of putting him up, but Michael isn’t buying it. Michael is very aware that he’s Turner’s backdoor target.

After the dust settled after nominations, Turner, Kyle and Alyssa meet up with Monte to pull him into an alliance with the After Party. But Kyle lets us know that’s only in case Monte wins HOH next. Kyle also lets Monte know that Alyssa knows all about The Leftovers. And that he is the one who exposed it to Terrance. And Monte isn’t happy with Kyle about that.

Monte goes to Taylor and lets her know that he thinks Joseph might have revealed some things, but likely only after he knew things were already exposed. So Monte isn’t trusting Kyle and company and knows that he could even be at risk this week. So he’s hoping he will be playing in the veto competition.

Michael catches up with Kyle, and Kyle is acting pretty suspicious. Michael is getting weird vibes from Kyle and goes to Brittany about the things Kyle talked to them about something “similar to the Cookout” forming. Michael says that he and Brittany shouldn’t have protected Kyle like they have other that. They agree that they never wanted to use this information as leverage in the game, but also think people should know about the things Kyle said.

And then it’s time for the veto draw. Joining Turner, Taylor and Brittany are Alyssa, Monte and Michael (there goes Turner’s “true backdoor” plan. 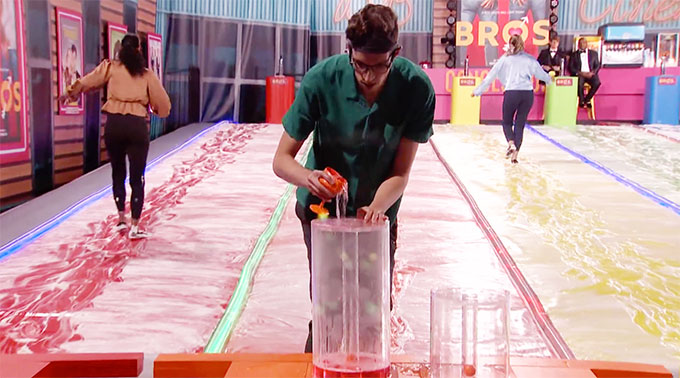 Michael and Brittany decide to reveal the things that Kyle talked about a few weeks prior. They call Taylor and Monte in the have-not room first, since it directly involves them. Michael wants to make sure they’re OK with him telling Turner these things.

Monte says that changes everything, and he doesn’t think he can even work with The Pound (Kyle and Turner) any longer.

Michael asks if they should go to Turner and the others about it. Monte and Taylor tell them that it’s up to them to decide what to do.

So Brittany and Michael’s next stop is with Alyssa. They tell her all about it. And then they talk to Turner. And it doesn’t take Turner long to realize that he’s going to have to make Kyle the replacement nominee. 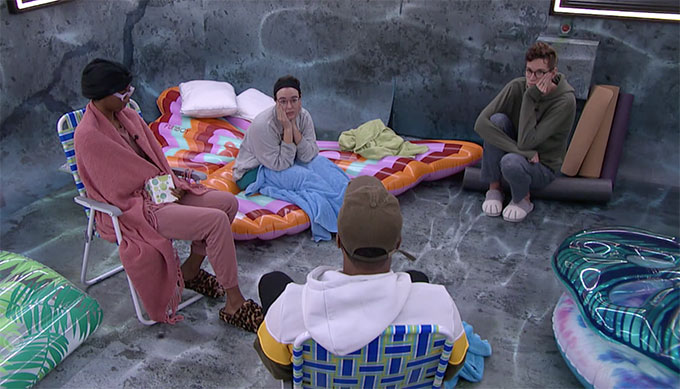 Meanwhile, Monte fills Terrance in on what he learned about Kyle. And Alyssa lets Kyle know what’s going on. Kyle tells Alyssa that the things they are saying are life-changing. He says that’s it for him. He asks her what he should do. She tells him to go talk to Michael, Brittany and Turner.

Kyle goes up to the HOH room and Turner turns him away.

And the episode ends without the veto ceremony going down. Turner lets us know that he’s ready to put Kyle up, but he’s also not thrilled with how Brittany and Michael waited until now to reveal all of this information.