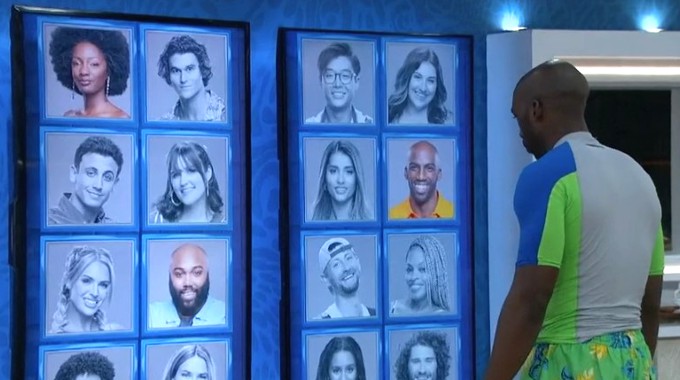 Update: Results are in! Find out who won Round 2 of the Final HOH.

The Big Brother 23 Final 3 Houseguests are anxiously counting down the final few days of the BB23 season and so are we! But first, there’s another important step in this last stage of competitions with Round 2 of the Final HOH.

Back on Thursday the F3 competed in the first round where Xavier took the win. That left Azah and Derek F to compete in the upcoming Round 2 battle. So when will that be held?

Looking back over the past three seasons we have had results for the Final HOH Round 2 come in overnight on the Saturday before the season finale. If that pattern is followed again then we should be able to expect results on Round 2 today by midnight PT.

Back on Thursday night, the HGs mentioned Friday would be a day off before their next comp so it seems reasonable to expect the HGs had been told the schedule to expect. Just one question on that though. During Friday’s Memory Lane episode the narrator closed out the show saying there would be live content on Sunday’s show. Huhwhat?

So a few options to toss out. Round 2 could be live and shown on Sunday. Maybe. The Jury roundtable will be featured and presented as “live” but really pre-recorded. Maybe again. Or it could be the episode will feature Julie Chen hosting and they’ll try to pass it off as “live” like they did on Thursday. (Thursday’s eviction episode was prerecorded.)

I don’t really expect what’s usually a painfully long Round 2 comp will be handled live or even introduced live. I’d bet the competition will happen tonight (Saturday) and then on Sunday we’ll get Round 1 hosted by Julie plus the round table footage to lead us into Wednesday’s big finale at 9/8c.

Whatever happens with the Final HOH Round 2 schedule we will be watching and ready to report the spoilers and updates as they arrive. Join us on Facebook, Twitter, and get our Big Brother App to never miss any results!