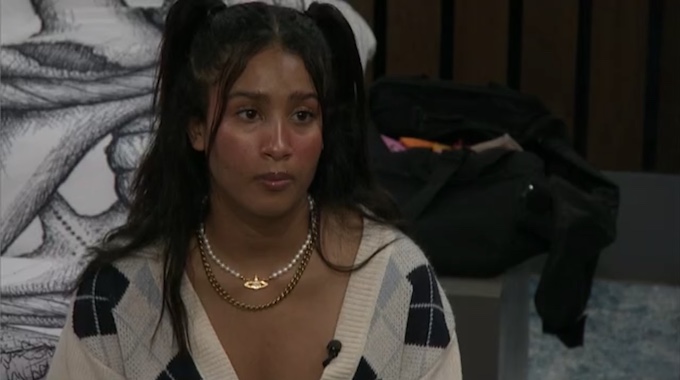 Now that the Wildcard Competition and the Nomination Ceremony have taken place inside the Big Brother 23 house, it’s Power of Veto day in the house! One of the noms knows that they are the target for Week 4 of Big Brother and hopes to win the POV to save themselves. Read on to find out who that is and what the other players plan to do.

Christian is the HOH, Hannah and Whitney have both been nominated for eviction. While Hannah is a huge threat in the game, not everyone is convinced that she would come after them. However, Whitney has mentioned several targets to several different people and a lot of the houseguests aren’t very comfortable with that.

Whitney knows that she is the target this week even though Christian’s nomination speech didn’t point to either of the noms as his target. She knows that she has to win the Power of Veto this week or she will be heading home on Thursday night. Hannah would also love to win the POV, guarantee her safety, and force Christian to have to put up a renom. Christian would love to win it to make his life easier and keep the noms the same.

Derek X, Azah, and Claire are all joining Christian, Hannah, and Whitney in this week’s Power of Veto competition. With Claire already having safety until Jury after winning this week’s Wildcard Competition, she doesn’t have any incentive to win this competition and will likely throw it. Azah has an incentive to win because she knows that if one of the noms wins, someone from her team will likely go up in their place and she could be that person. Derek X doesn’t want to win this because he is worried about Hannah and Whitney expecting him to use it because he is on their team.

Who do you hope wins Power of Veto this week?