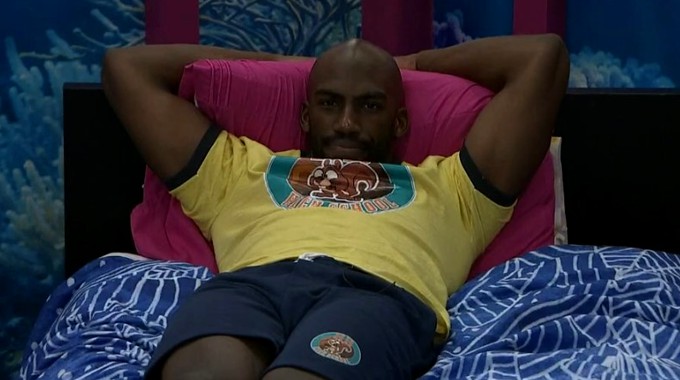 Veto Day returned in the Big Brother 23 house as HGs faced another challenge in their path to the season finale with this week’s target’s BB life hanging in the balance of one more competition. When the dust settled at the end of the night the plan was reaffirmed and HGs enjoyed their time together with most of them feeling stressfree of the vote ahead.

9:40 AM BBT – Claire and Hannah discuss how Tiffany doesn’t get to automatically play for Veto. The three noms will instead each draw one chip and maybe Tiffany will get included that way.

10:20 AM BBT – SB talks with Xavier that her HOH might have been a bad move unless she makes it to F2.

10:40 AM BBT – Tiffany tells Claire that she thinks Alyssa and Xavier like each other.

11:10 AM BBT – Claire and Tiffany discuss if Claire should let anyone else know about her winning the Coin flip power.

11:15 AM BBT – Xavier camtalks that his only worry will be Sarah winning the Veto in today’s comp.

12:45 PM BBT – HGs have been hanging around chatting and waiting for the Veto.

5:43 PM BBT – Hannah celebrating to the cams as she wears the medallion.

5:45 PM BBT – Hannah mentions she beat Sarah by just 23 seconds for the win. (Kyland was just a few seconds behind Sarah.)

5:50 PM BBT – Tiffany giving Hannah a pep-talk that she just beat both of those guys in the comp and that they as women can beat the men. She wants Hannah to keep remembering that.

6:05 PM BBT – Xavier and Kyland reviewed the votes this week. They expect it to be a sweep against Sarah.

6:25 PM BBT – Azah and DF note how Xavier and Kyland seem down now because they got beat and Kyland is losing his +1.

6:45 PM BBT – Tiffany camtalks that she may finally get Sarah out after trying since Week 5. She’s happy with how things went.

7:10 PM BBT – HGs preparing for movie night. Hannah won the perk of watching a movie and taking 3 HGs with her so she selected the 3 Noms.

10:10 PM BBT – Movie time is over and the four HGs are back downstairs.

12:05 AM BBT – Hannah and Xavier discuss her using the Veto on him. He wants to come down if she’s willing but says it’s her decision of course. Hannah says she wants to save him and will discuss it with Claire and Tiffany.

12:15 AM BBT – HGs discuss a possible Double Eviction. Claire notes there was a Triple last year. (There will be a Triple in a few weeks this season.)

12:40 AM BBT – Alyssa tells Xavier that if she wins HOH then she’s going to nominate Kyland. She expects Hannah will use the Veto on Xavier and doesn’t see why she wouldn’t.

1:10 AM BBT – Alyssa warns Xavier that the two of them will be targeted next. He tells her that he expects that to happen. She’s hoping for another endurance comp so she can win.

1:50 AM BBT – Xavier and Kyland discuss how the women of the Cookout came together for them this week. Kyland wants to plan things with Xavier so they’re not caught off-guard by a Double.

2:05 AM BBT – Tiffany and Xavier discuss Hannah thinking of using the Veto. He says she proposed the idea. Tiffany says it’d be okay for her to use it on him (X).

2:10 AM BBT – Tiffany camtalks that she thinks Kyland doesn’t trust their Six enough.

2:15 AM BBT – Kyland relays to Tiffany that Sarah suggested he use the info that he voted to keep DX while Tiffany didn’t as part of his campaign.

2:50 AM BBT – Tiffany, Hannah, and Kyland think their Six alliance will attempt to be duplicated but won’t be successful again like they were. Hannah jokes that they broke the game.

3:45 AM BBT – Tiffany and Kyland are still up in the HN room chatting. Kyland telling Tiffany how Sarah thinks whoever stays between them (her and Kyland) the other will follow behind. Kyland is pitching the idea of Hannah saving Kyland with the Veto.

4:00 AM BBT – Just Tiffany and Kyland awake in the house. Tiffany is heading to bed. Kyland stays up a little longer.

Nice try, Kyland, but you are staying put on the Block. I won’t be surprised to see Hannah use the Veto on Xavier because there’s no renom with his spot, but either way, it’ll be a unanimous vote against Sarah on Thursday. Off to Jury she goes while the Cookout faces just two more eliminations to reach their goal.