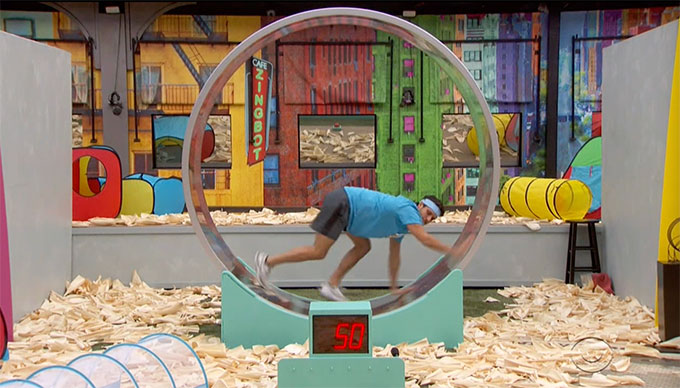 The Big Brother 22 hamsters found themselves inside giant hamster wheels, running in place for the final Power of Veto of the season. Enzo already earned his spot in the final 3, so it was a most pivotal moment for Cody, Nicole and Christmas. Which hamster was victorious? Read on to find out.

Wednesday night’s episode of Big Brother All-Stars picked up right after Enzo nominated Nicole and Christmas for eviction. Enzo lets us know that his only other option was Cody, and he wasn’t about to mess up their final 2. He also lets us know that he would like for Nicole to go this week.

Christmas lets us know that she’s really upset and blindsided. She feels totally alone, which she is, but I’m not sure why she’s so surprised that the other three are working against her at this point in the game. I’m not sure what she expected since she’s been playing the game for them all season.

But here’s something to brighten her spirits! It’s a luxury competition. We almost never see luxury competitions anymore, so it was nice to see one. This comp is called Clash of the Comics. The players each have to draft players from this season in the form of their BB comics, and the one chose the comic character who ends up winning after a series of battles wins $10,000.

The players each make their picks and head to the living room for the battles to begin. The HGs don’t have to actually do anything but what the battles on the TV screen. It’s completely randomized, so this is more or less a luck competition. If you picked the winner during the draft, then you are going to win the comp. 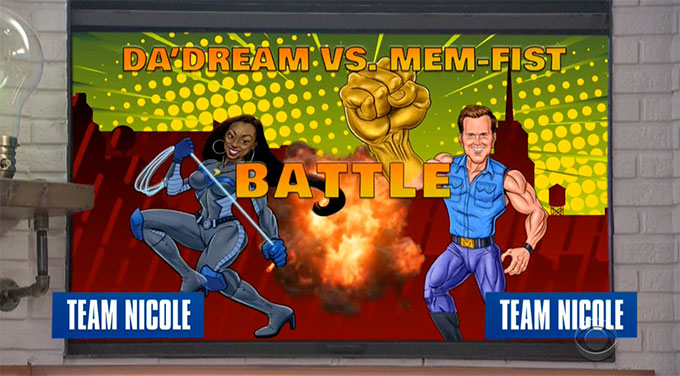 Christmas is out first after all of her picks are defeated. Enzo is the next person out. So it’s down to Nicole and Cody. And Cody is out next. That means Nicole wins the luxury challenge and $10,000.

On that note, let’s get to the veto competition. For this competition, the HGs will be acting as hamsters. For each round, they’ll be asked questions about events that happened in the game. They have to figure out on what days the events happened in the house. And then have to run on their hamster wheels to reach the right number. Each round, the last to finish or the one who is wrong gets a strike. After three strikes, that person is out.

The next round ends with Christmas getting her second strike. Nicole earns her first strike. Christmas gets the next strike and is eliminated. That leaves Cody and Nicole. 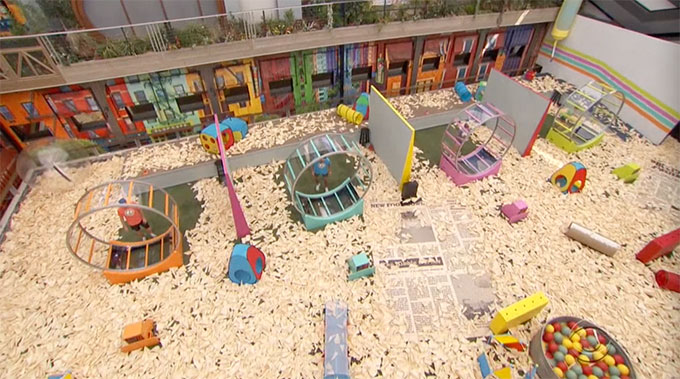 Christmas feels defeated once again, but for some reason so does Nicole. It seems she wanted some camera time, so she decided to feel sorry for herself and act like there’s a possibility Cody will evict her over Christmas this week. Spoiler: There’s no chance. She needs to just be happy she’s going to the final 3 without having to do anything once again.