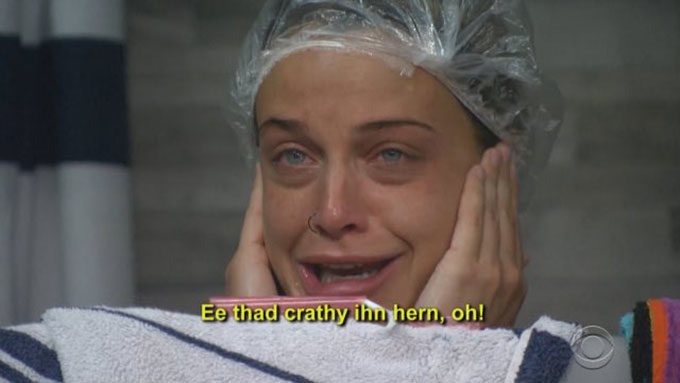 All season long, we have been giving you the best and worst moments of each week Big Brother 21. So now that the season has all but ended, we’re going to pull out the five best moments and the five worst moments for you.

5. The Sheep Veto Competition. A lot of things angered me about this season, but nothing hit me quite like that veto competition with the sheep. It made me angry enough to make it No. 1 here, but since it was a game move or a casting thing, I’ll keep it here at No. 5. But to say I was upset with this competition is an understatement. Imagine all those sheep under the southern California sun for HOURS as they’re being chased around by six dummies competing for money. We only saw about 8 minutes of it. It really went on for hours. And it was all for our entertainment. Well, I wasn’t entertained.

4. Cliff Wastes His HOH. I know Cliff had his excuses and the fandom was really mixed on what Cliff should have done with his HOH, but in my opinion he really blew it. And this was a moment where the terrible season could have taken a turn for the better. He should have tricked Christie into not using her power, or at the very least forced her to waste it. Of course the power ended up going to waste anyway, but that could have been some good TV.

3. Past Relationships. Another hot topic all season was the whole past relationship things. Fans were split on whether or not it mattered that Tommy and Christie and Kat and Holly knew each other. Sure there are other seasons where people know each other, but those are because of twists or returning players. This was just different. That built-in support system Tommy and Christie had was just grossly unfair. Part of the experiment is being cutoff from your outside world. And even Tommy told Christie that she can always look at him and see home.

2. Banishment/Camp Comeback. Big Brother 21 took it’s first downward turn on Night 1 when they revealed that Camp Director banishment bullsh*t. Jackson was elected director and banished most of the minorities in the cast. And then most of those HGs ended up getting evicted one by one, which landed them into the segregated Camp Comeback part of the house. It was just a bad look. Regardless of the intention of this twist, the result was just really, really wrong, especially for a show with a history of bad press over the treatment of minorities.

1. Nicole Loses Part 1 and Part 2. Since we are publishing this ahead of tonight’s season finale, this is our way of saying Nicole was robbed and the No. 1 worst moment of the season will probably be whoever wins tonight. Nicole was the bright spot of this season for so many fans. A lot of people on social media have said they stuck around just to root for her. So for her to not make it all the way to the very end is just disappointing to so many people. We have a feeling she and all of us will feel a lot better at the very end of the episode, though, as she is favored to win America’s Favorite Houseguest. 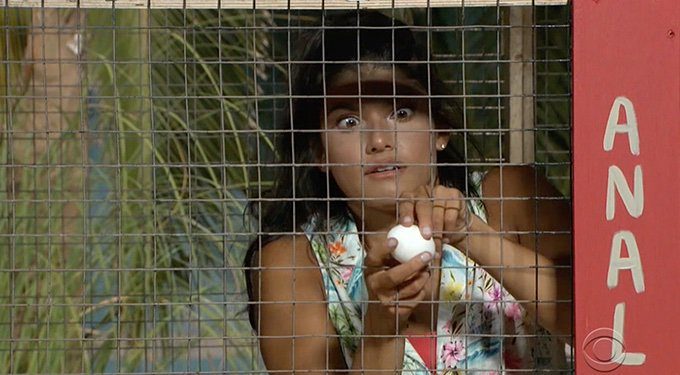 5. Prank Week. BB21 was hard to enjoy. There wasn’t much that went that well. So picking 5 best moments wasn’t easy. But I like to give credit where its due. And I have to say I really liked Prank Week. I think they could have done even more with it, but it was definitely one of my favorite moments of the season. I especially loved them tricking the HGs into thinking they had to learn all those bird calls for the HOH competition.

4. America’s Field Trip. Another highlight of the season was BB fans pulling together to send a message to that dominant alliance that we were not fans. When Jackson, Christie and Analyse were voted on the field trip, they knew at that moment America didn’t care for them. And Christie losing the competition and getting nominated was just icing on the cake.

3. Jack Gets Evicted. Big Brother 21 had a terrible start, did eventually get a little better, and it started happening right here. When Jack walked out the door (shockingly on Jessica’s HOH), hope shined! He was really bringing down the season and imagining him all the way to the end was repulsive. Even Jackson became someone more likable (or at least he became easier to favorably edit) when Jack left.

2. Six Shooters Implosion. And of course ahead of Jack’s eviction was the whole alliance implosion. Up until that point we were bored to tears with nothing fun happening and that alliance shutting out all of the outsiders. And then they turned on each other and it was amazing. It was mostly Jackson vs. Christie, which would be a continuing theme for most of the season.

1. Jessica’s HOH Comp Fall. Nothing beats this moment for me. It’s a very small moment (actually it’s a non-moment), but with this season, I’m going with it. Of course I’m talking about the endurance wall competition where Jessica fell and released that agonizing scream. Again, this is totally a non-moment, but it really represents the best part of this season, and that’s that it let us laugh at it. We didn’t see a lot of gameplay or many likable people, but it was so easy to poke fun. And the show is set up for that. Just look at the editing. The editors make fun of the HGs all the time (see the top photo of Christie). So that’s part of the experience. And that’s why I was able to tolerate this season and so many others.