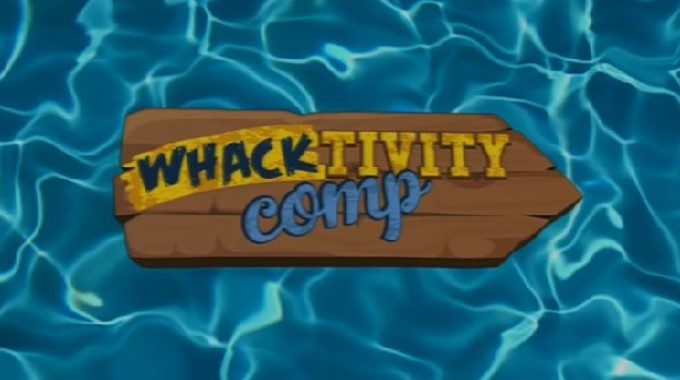 Last Whacktivity Comp of the Big Brother 21 season on Friday as the third and final group heads into the campsite for a little competition and thanks to a Feeds sneak peek the snakes-ante has been raised!

Soon after the Feeds cut to loops we saw a quick look at a big pile of cockroaches in an aquarium. So the snakes are gone and instead giant cockroaches have taken up residence at their camp. Yeah, I’d say they’re making the players earn it this week. Those players include Nick, Analyse, Jessica, and Christie. Kemi would have played but was voted out last night instead.

Well so much for any hope of balancing power against Gr8ful.

It’s been a long, long time since we’ve seen the Diamond Power of Veto and now it’s back in the game. This power, if it’s played out the same, let’s the holder swap out a nominee of their own choosing after the Veto meeting. Yep, that’s mighty powerful. Sounds like she has the next four rounds to use it and it’d be done secretly.

Update: Christie oversold what she won. It’s good for sure, but it’s not a straight Diamond Power of Veto. Instead, she can upgrade a regular Veto to a Diamond Veto.

It isn't a Diamond Power of Veto that she won. Christie's Panic Power can "upgrade" anyone's Golden Veto to Diamond status so that HG (PoV holder) can remove one Nom *and* be the one to name the renom. Not necessarily her, unless she won Veto. #BB21 pic.twitter.com/fJ5AiCYa1s