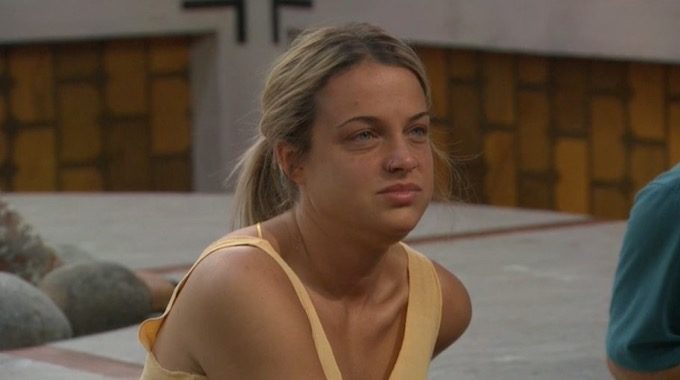 It is Power of Veto day in the Big Brother 21 house. Tommy has a clear target, however, now that one of his allies is sitting on the block as a result of America’s Field Trip, he is really hoping one of them can pull off a win in today’s competition. Read on to find out which HGs are competing and what each of them plans to do with the POV if they win right here!

As we all know, Christie became the third nominee this week as a result of America’s Field Trip and Jackson was given safety for the week. This meant that with Christie on the block, there wasn’t a bigger target to put up next to her in order to draw attention away from her. Therefore, a POV win is pretty imperative for either Christie or Tommy. Some of the POV players have been hard at work studying the Memory Wall, going over dates and events and some are even relaxing ahead of today’s POV comp.

If Jackson wins the POV, he plans to keep noms the same because he refuses to risk Holly being the renom. If Nick wins, he has sworn that he will take Christie down with it, but would he really? It is quite obvious that Tommy will take Christie down if he wins it and we wouldn’t expect the noms to take anyone but themselves down if they win.

Who do you want to see win the POV this week?