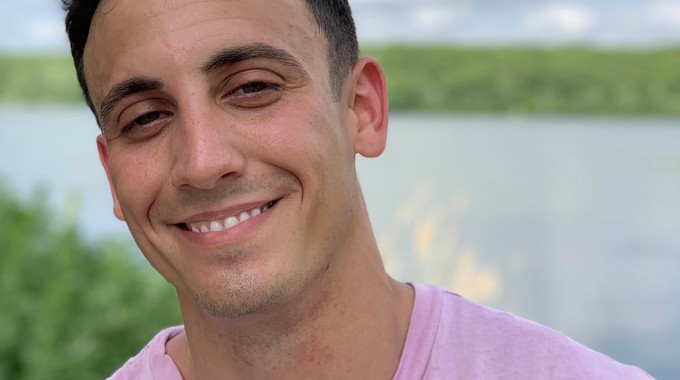 Brent Champagne is set to land on the Big Brother 23 season with an athletic background that he hopes will make his Flight Attendant career take off with $500,000 at the end of the season. We’ll see Brent aim for some backdoors to eliminate his targets and charm his fellow Big Brother Houseguests into allies.

Three adjectives that describe you: Adventurous, passionate and confident.

Who are your favorite Houseguests duos? Those who became best friends in the Big Brother house or had a showmance?
Tyler Crispen and Angela Rummans from BB20. I just like how they became a power couple inside and outside the Big Brother House. #showmancegoals

What is your favorite past moment on Big Brother?
I wouldn’t say a favorite moment, but more of a guilty pleasure. I truly enjoy watching the faces of those who RIGHTFULLY get backdoored. The reaction is just so genuine regardless of being on camera. I feel, it’s one of the few times where contestants fight their honest emotional nature because of it being so sudden and gives no time to emotionally prepare. True colors show both literally and figuratively.

What is your strategy for winning the game?
Although I feel my athletic ability/background will bring me far in the game, my primary strategy for winning Big Brother is heavily dependent on my social abilities. I’ve been told, countless times, by many, both peers and strangers, that my charm is POWERFUL. I plan on using this skill in every social interaction in the house, male or female.

My life’s motto is: I’m here for a good time, not a long time.