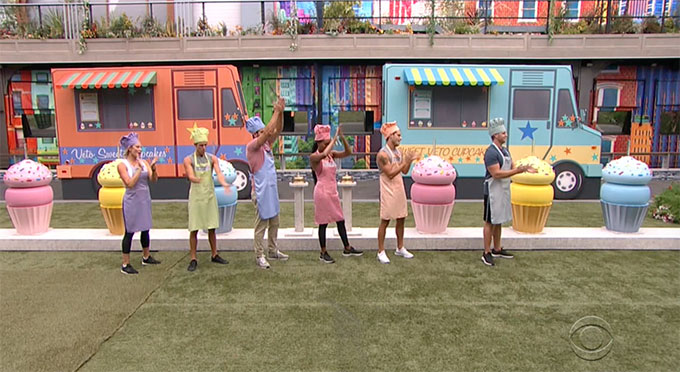 For some reason, someone who has never made jury (Kaysar) and someone was voted out fourth their last season (Janelle), are the biggest targets in the Big Brother 22 house. Even though there are two winners and four runners up left in the house. Despite those numbers, it’s everyone vs. Janelle and Kaysar.

Wednesday night’s episode picked up after Tyler’s nominations. Everyone thinks Janelle will probably win the Power of Veto so they’re all scrambling to try not to be the replacement nominee.

Janelle and Kaysar know that veto is do or die this week if they want any chance of them both being in the game next week. And they know even that isn’t too likely. Whoever doesn’t win will be the target for everyone.

And for some reason, after maybe two Diary Room sessions in eight episodes, it’s time for a Dani mastermind edit. Cut to Nicole and Dani talking about the final four and who they want to sit there with. They might be getting ahead of themselves just a bit, but they know with a big alliance them getting all the way there is likely. Dani lets us know in the Diary Room that her plan this season is to plant little seeds about everyone in the house. So we get a montage of her planting seeds (mostly lies) with everyone about everyone other than Nicole F. 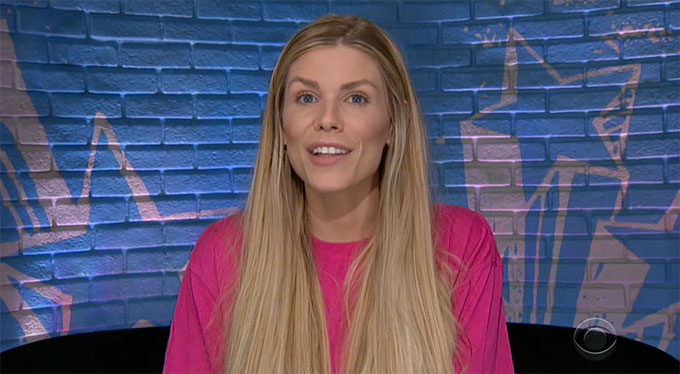 Dani all but admits she’s running the show and that Tyler really needs to do his part this week and get out her No. 1 target, Janelle. And at the end of the show we find out why that is. Dani wants to dethrone the BB Queen and take her crown.

But everything really rests on the veto competition. But before the veto can be played, the players have to be chosen by the veto draw. Joining Tyler, Janelle and Kaysar are Cody, Bayleigh and Memphis. That draw was not a good one for Janelle and Kaysar and they both know. But Kaysar says he’s ready to fight. So let’s get to that fight.

For this week’s veto competition, the players have to compete head to head. For each match is a cupcake puzzle. The person who finishes it first each round moves onto the next. The final person wins the power of veto.

The first match is Kaysar vs. Tyler. Second match is Cody vs. Bayleigh. Third is Memphis vs. Janelle. Tyler wins the first match. That means Kaysar is out. In the second match, Cody beats Bayleigh so he moves onto the second round. Memphis, though fumbling, wins the third match and Janelle is out. The players watching think Memphis’ poor performance was him throwing the competition. 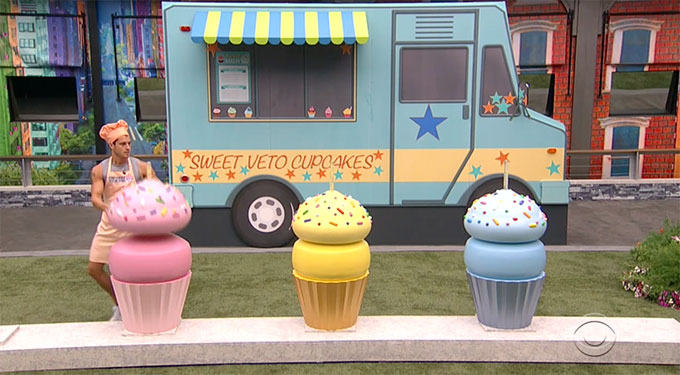 For the second round, it’s Cody vs. Memphis because Tyler moves onto the final round because he had the fastest time in round one. So it’s Memphis and Cody for the second round and Cody wins. So Cody and Tyler go head to head for the veto. And Cody comes out on top and wins the Power of Veto.

After the veto there’s some scenes that try to build some suspense by making us think maybe Memphis will be backdoor for trying throw the veto, but we all know that veto was never going to be used. So let’s just get to the veto ceremony.

Cody lets the nominees know that he is not using the Power of Veto. Janelle and Kaysar remain the nominees and one of them (Janelle) will be evicted Thursday night. 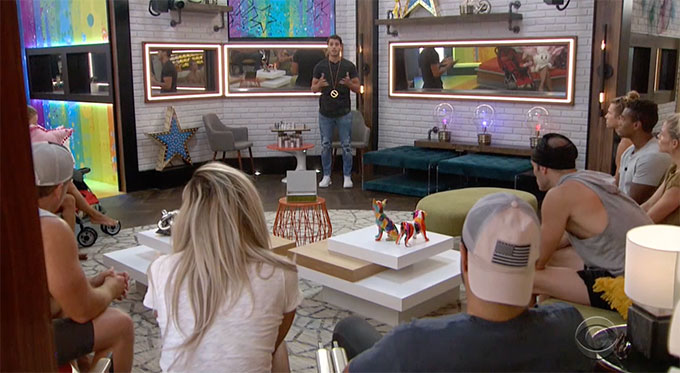