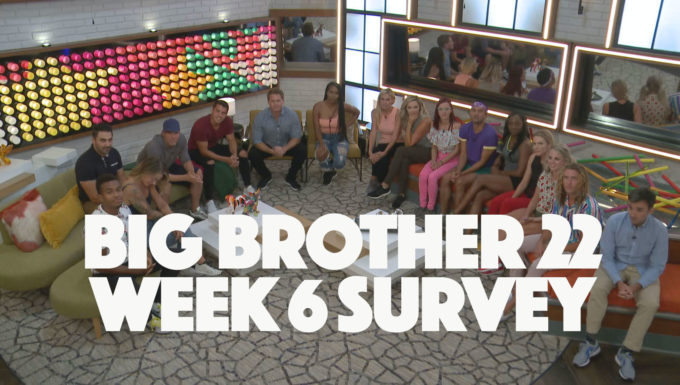 We are well into Week 6 of Big Brother 22, and tensions have been rising in the house as the Committee alliance has found it might not always get exactly what it wants. But one thing that has been consistent is our readers as a whole aren’t fans of that alliance. Even Tyler, who has maintained the No. 2 spot in the popularity poll all season long has dropped drastically this week.

Let’s take a look at the results.

As I mentioned already, Tyler takes the biggest dive, going from No. 2 to No. 5. That has a lot to do with how he has been reacting to facing any kind of adversity in the game. He had smooth sailing to the end of BB2o, but as soon as things aren’t going his way this season, he admits he wants to go home. And other people are upset with the cause he used when he went to Bayleigh and Da’Vonne last week with his plan to go home.

Needless to say, Tyler has lost some of his loyal fans. Janelle maintains the top spot, which could definitely make her a contender for America’s Favorite Player at the end of the season. And holding up the bottom of the popularity poll is Memphis. Seems people don’t really like when people make fun of someone with autism. And rightly so.

Tyler also takes a hit in The Who is Playing the Best Game poll. He went from No. 1 to No. 4. Cody takes over the No. 1 spot while Enzo holds onto the No. 2 spot. Christmas took a big hit this week following her rocky HOH. Dani rose bit, but I think she’ll probably drop again after everyone sees how her HOH week is about to play out.

And for the 6th week in a row, the majority or our readers is not happy with the HOH. Everyone preferred a Da’Vonne HOH once again. We are starving for a shakeup. No one enjoys Big Brother when an alliance steamrolls the whole season.

Janelle maintains the lead in the player most missed poll. And as for the season as a whole, it is up just slightly from 2.4 stars to 2.5 stars. Check out the full survey graphic below to see how everyone ranks. 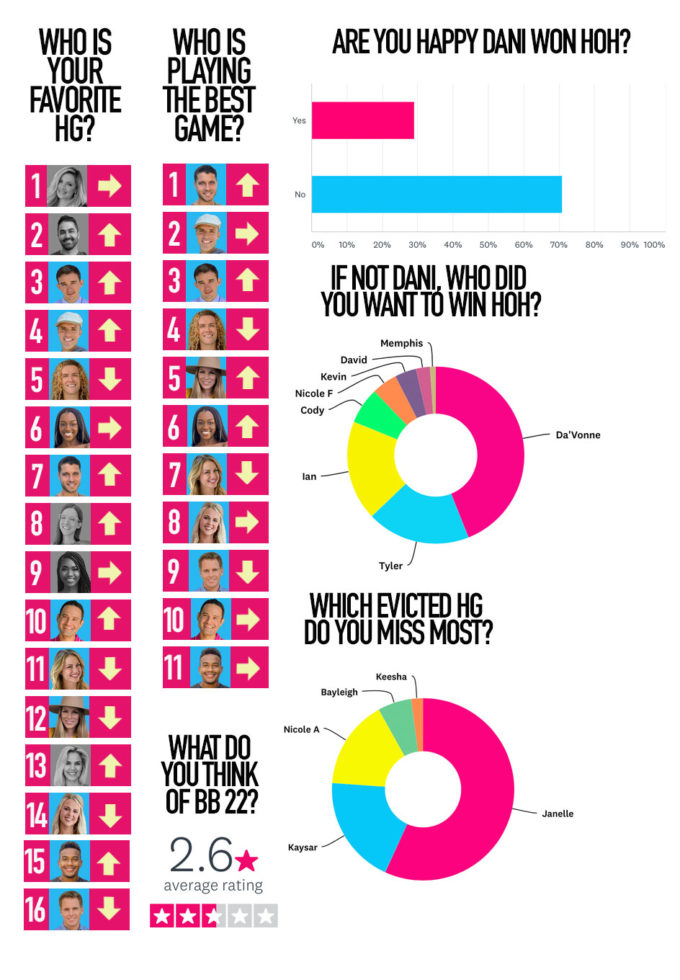