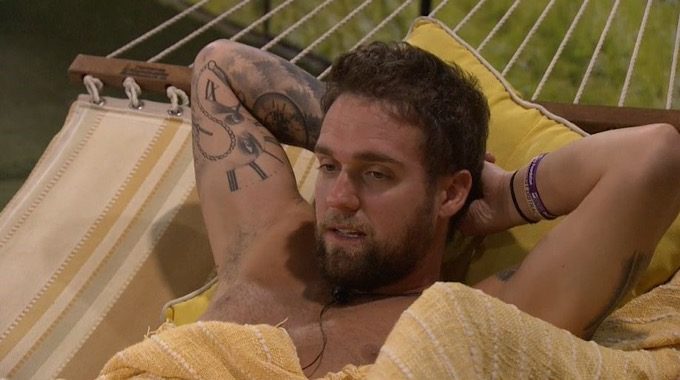 It is Power of Veto Ceremony day in the Big Brother 21 house! As ironic as it is, in order to save his own game, Nick also has to save Christie’s game. However, can he persuade the POV winner to use it on Christie? Read on to find out!

Nick has been putting a lot of hours into talking with his fellow HGs trying to see where their head is at if the noms stay the same. He knows that he can count on Nicole, but still needs two more votes in order to be safe this week.

Nick also felt comfortable about having Cliff’s vote, that is until he talked to Nicole last night and she broke the news to him that even Cliff is wavering with his decision this week. Nick was clearly confused and hurt by this because Cliff has made it clear that Christie is his target, so why would he vote to keep her over him?

Tommy is also another obstacle for Nick going into this week’s live vote, especially if he is sitting next to Christie. Tommy told Nick that he couldn’t vote to keep Nick over Christie because he already gave Christie his word that he would keep her. That got the wheels in Nick’s head going and he figured that if he could get Christie off the block and put someone else up in her place, he could possibly lock in Tommy’s vote.

There are two issues with this scenario that Nick has concocted. One, Jackson isn’t using the POV on Christie no matter how hard Nick pitches to him. Two, even if Jackson did by some chance take Christie off the block and Nick got to renom someone else, Tommy is still going to vote Nick out because he doesn’t want to ruffle any feathers.

We’ll have the spoilers as soon as things are revealed on the Feeds. However, unless something crazy happens inside the Big Brother house between now and the POV Ceremony, I don’t see Jackson using the POV on either nominee.

If noms stay the same, do you think that Nick has a shot to get the votes needed to stay before Thursday’s live eviction? Do you think that getting Nick out this week is really the best move for Holly’s game?