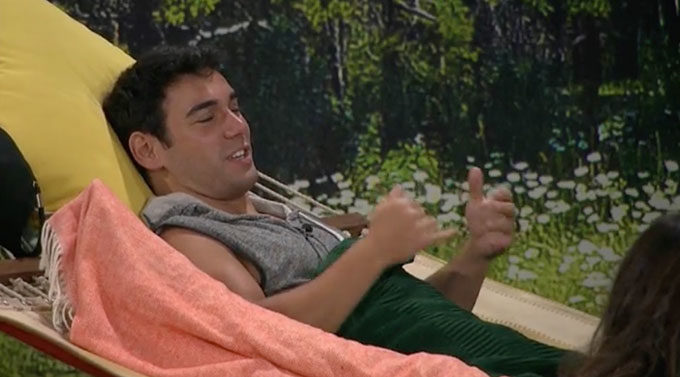 This week one more Big Brother 21 houseguest will head to Camp Comeback, but not for long as the challenge to get back in the game is also upon us.

So who will be joining David, Ovi and Kemi this week? Will it be Cliff or Nicole (who you’ll see is the replacement nominee in tonight’s episode)? As of now, Nicole is Nick and Bella’s target. But the alliance controlling the house are done with Nick and Bella and have no interest in doing their bidding this week. So the plan is actually to save Nicole. Of course it was originally so Nicole could be there to help them take out Bella and Nick, but that plan has already changed to cutting out Sam first, thus leaving Nick and Bella needing their old alliance back.

It all sounds very convoluted and messy, but that seems to be how this season is going to play out. So let’s count the votes.

The votes to save Nicole as of now are Jack, Christie, Jackson, Tommy, Holly and Analyse.

The votes to save Cliff as of now are Bella, Sam, Kat and Jessica. Holly plans to let Kat know at the last minute that the plan is to save Nicole, though. And Kat might let Jessica know. So it could actually end up an 8-2 vote.

That scenario is what I would like to see happen, but there has been talk of them, particularly Tommy, to try to convince Nick and Bella that it’s best to evict Cliff this week. I don’t understand this whole extra step, but I guess they think if they target Sam maybe they shouldn’t also blindside Nick and Bella? It doesn’t make much sense, and with how nutty these guys all are, I still kind of expect the whole plan to just fall apart and Cliff ends up staying anyway.

But as of now, the plan is for Nicole to stay. Do you think they’ll stick with the plan? Who do you think will be evicted this week? Let us know in our poll below.