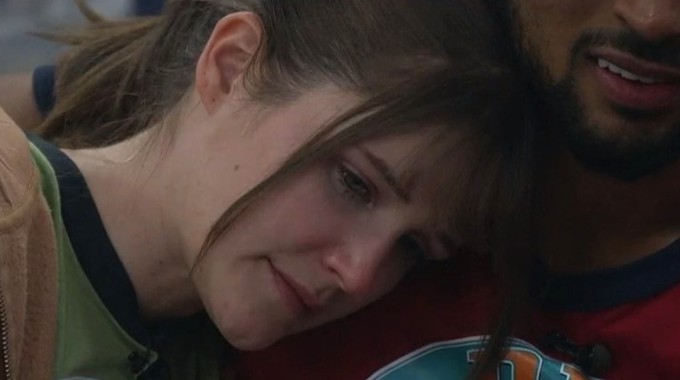 It’s time for our weekend roundup for your Big Brother spoilers on BB23 with all the events and results since Thursday’s episode. It’s been a busy few days with Nominations, High Rollers, and Veto Comp along with planning for Monday’s Ceremony. Read on to see if the Cookout could keep it together again for another week in the Big Brother 23 house.

Nominations:
Tiffany took over as the new HOH after beating out Alyssa and Hannah in the final round of the memory Q&A comp. Now Tiffany knew full well that Coin of Destiny would be coming into play but no reason to hold back from making moves while you can. So up went her big target after weeks of effort to make it happen and if you’re going to aim for your big target then you better put her biggest supporter right next to her. Oh, and don’t forget Xavier had already earned himself a spot on the Block as a punishment from last week’s Veto.

Read more on who was nominated in Week 8 >>

High Rollers Room:
With the Noms set early on Friday it was time for the HGs to head back into the High Rollers Room for its final week of the twist. HGs earned more Bucks and discovered what they received as a bonus from the HOH comp. Everyone that had enough points to play went for the Coin but there could be only one to win the anonymous HOH powers and overturn Tiffany’s rule… sure enough, someone got it and Tiffany had to clear her belongings out of the HOH room.

Power of Veto Competition:
Here we go with Sarah’s last shot at safety and she’d be competing against Kyland and Xavier so if this one goes physical it could be tough… Oh it was close. So close. Just 23 seconds separated the first and second places in this week’s Veto comp.

Power of Veto Meeting:
Monday will lock in the final noms for the week and we could end up with 3 still on the Block or down to 2 Noms if this week’s Veto winner decides to pull Xavier off. But with the house in agreement on the target, there’s little chance it’d make a difference either way. On to Thursday’s eviction and then off to Jury she’ll go.